CDA between the Arts and Humanities Research Council and the Council for British Archaeology.

My PhD thesis will explore the relationship between the voluntary community and the heritage sector, considering the impact of specific projects and the nature of the volunteer/project relationship, and how this interface impacts on the stewardship of archaeology in the UK.

David returned to education in 2011 following 28 ‘gap years’, completing a first class BA(hons) at The University of Manchester - including 6 months in Kalmar at Linnaeus University, Sweden.  Awarded the Robina McNeil award for outstanding dissertation in 2014, a successful application resulted in a HEFCE scholarship and an MA in Archaeology at The University of Manchester during 2014/5

In 2015/6, David was the consultant research archaeologist as part of an HLF funded project Manchester’s Improving Daily, looking at Industrial era ballads. The project was a case study for the heritage-focussed MA, and also resulted in a critically acclaimed book and  CD release and several festival appearances, including a guest speaker slot at the Manchester History Festival in 2016. In October 2015, David joined a fully-funded Collaborative Doctoral Award, at The University York in collaboration with the Council for British Archaeology.

Alongside his research, David has taught undergraduate courses as a seminar leader, and undertook the York Learning and Teaching Award during 2017, successfully completing the course to become an Associate Fellow of the Higher Education Academy, (AFHEA).

In addition, David has supervised research training digs in 2016 and 2017, and undertakes some freelance commercial archaeology work.

Jennings, D (2016) Time to bite the hand that feeds?  Or, at the very least, give it a long, hard squeeze.   Archaeology is a Political Matter, TAG2016, Southampton. 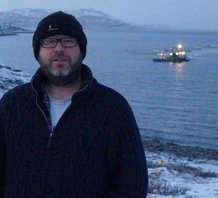