Penny Spikins
Professor of the Archaeology of Human Origins

Visit Penny Spikins's profile on the York Research Database to:

Penny was first fascinated by human origins after visiting Upper Palaeolithic cave art sites when she was eleven. Her first degree was in Palaeolithic and Mesolithic Archaeology at Cambridge, followed by a Masters at Leeds, returning afterwards to Cambridge for her PhD. She spent two years carrying out postdoctoral research in Patagonia, and further postdoctoral research as a Sir James Knott research fellow at Newcastle before taking up her first lectureship at Newcastle, and has been lecturer at the University of York since 2004, becoming a Senior Lecturer in 2012 and Professor in 2020.

Penny's early research centred on Mesolithic northern England where she retains an interest and enthusiasm, although she is best known for her later research into the evolution of social emotions and the significance of care for the vulnerable in human origins.  Penny has directed a major excavation project at Mesolithic sites in the Pennines, and underwater archaeological fieldwork in the North-East. Her published volumes include Mesolithic Europe (CUP) with Geoff Bailey, Prehistoric People of the Pennines (West Yorkshire Archaeology Service), Mesolithic northern England: Environment, Population and Settlement (BAR) and How Compassion Made Us Human (Pen and Sword). Over the last ten years she has particularly focused on cognitive and social evolution, publishing papers on the evolution of compassion (Time and Mind), dynamics of egalitarianism (Journal of World Prehistory, Open Quaternary), the origins of autism (Cambridge Archaeological Journal, Time and Mind, Open Archaeology), evolution of self control and display in artefacts (World Archaeology), attachments to objects (Time and Mind), Neanderthal childhood (Oxford Archaeological Journal) and the origins of healthcare and medicine (World Archaeology, Quaternary Science Reviews).

(for publication details see link to PURE above)

Penny's upcoming volume, Hidden Depths: the Palaeolithic origins of our most human emotions (White Rose University Press) argues that pro-social emotional motivations has been the driving force behind human evolution. THe volume particularly focuses on the biological and evolution basis for compassion, tolerance and emotional sensitivity and how the evolution of these capacities can be traced in archaeological evidence. She is currently developing further research on the evolution of moral emotions, including motivations for tolerance and inclusion, courage, compassion and gratitude and their role in human 'self-domestication'.

Penny has dyslexia, which she feels helps her to see patterns in multi-dimensional evidence (though has a downside when it comes to details of spelling or timings).

Penny's recent and upcoming publications reflect her interest in social-emotional dynamics in past societies and how to relate archaeological evidence to changes in emotional capacities in early prehistory. She has papers in Cambridge Archaeological Journal, Time and Mind, Evolutionary Behavioural Sciences and Open Archaeology on cognitive variability and autism in prehistory, in Open Quaternary on the role of commitments and spite on human dispersal, in  Journal of World Prehistory on the role of prestigious leaders in mesolithic societies, in Time and Mind and World Archaeology on the evolution of compassion and its identification in the past, in World Archaeology on the role of trust and reputation in palaeolithic handaxe form and in Time and Mind on evolved attachment to objects in prehistory.

Penny's recent research focuses on the evolution of moral emotions, including her recent book How Compassion Made Us Human as well as on the palaeolithic origins of healthcare (papers in World Archaeology and Quaternary Science Reviews).  She has written a new volume - Hidden Depths: The ancestry of our most human emotions - which considers the evolution of human compassion, tolerance and emotional sensitivity and will be published in 2021.

Penny has also pioneered research on GIS based landscape interpretation, extending this to incorporate site based stratigraphic modelling. Using material from her work at March Hill, she has been a leader in the development of new analytical and interpretative approaches to hunter-gatherer sites, a role reflected in her co-editing (with Geoff Bailey) of a major volume on the Mesolithic in Europe published by Cambridge University Press. 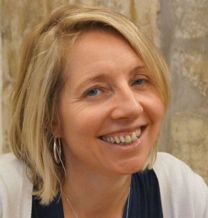