Despite an early interest in all things Ancient Egypt, Kieron’s archaeological career path was in hiatus until a couple of A-Levels in History and Classical Civilisation in the late nineties sent him on his way to university. Kieron completed a BA in Archaeology at King Alfred’s College (now University of Winchester) in 2000 and, after a year or so in the field doing commercial archaeology, went on to complete an MSc in Archaeological Information Systems at York in 2003.

Since 2003, Kieron has been employed by the ADS and worked on a number of projects from the Channel Tunnel Rail Link through to the recent Guides to Good Practice.

Kieron has a particular interest in standards and metadata and has spent the last couple of years working on revising and expanding the ADS Guides to Good Practice. He also has an interest in 3D datasets, photogrammetry, laser scanning, and vector and raster graphics. 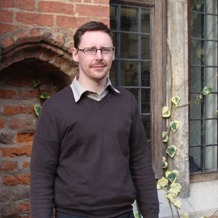