The main focus of Penny's research is Neolithic Europe. Working at the intersection of science and theoretical archaeology, she applys bioarchaeological methods to various sites and time periods to inform on issues of identity and social diversity. She is particularly interested in how we can use burial practices to uncover the social lives and lifeways of the earliest farmers in Europe.

Penny first studied archaeology at the University of Sheffield, graduating in 2002. After a year working in commercial archaeology in the UK, she chose to specialise in Neolithic archaeology, moving to Cardiff University to complete first a masters (2004) in the European Neolithic and then PhD (awarded March 2009) studying architectural change in Neolithic Northern France.

After a short spell in Berlin learning German, Penny returned to Cardiff to carry out postdoctoral research as part of an inter-disciplinary project. Running joint with the Universities of Durham and Oxford, the LBK lifeways project investigated the diet and mobility patterns of the first farmers in central Europe. After this project was completed in 2012, she took up a research assistant position on the Times of their lives project based at Cardiff. This project is applying Bayesian modelling techniques to radiocarbon dates to refine Neolithic chronologies across Europe. In 2013 Penny moved to the University of Bristol to work on a project examining the origins and spread of dairying in the early and middle Neolithic of central Europe. These postdoctoral positions involved working at the interface between more traditional archaeological methodologies and scientific techniques, as well as much travelling throughout Europe to carry out sampling of human and animal remains, artefacts and the local cuisines. Penny started at York as a lecturer in 2014 and was promoted to Senior Lecturer in 2019.

Penny’s research centres primarily on the lifeways of Neolithic people in Europe and how we can understand their daily routines, through the architecture they built, ways they used and responded to the landscape, and how they treated their dead.

More broadly she is interested in theorectical approaches to the past and how they intersect with scientific methodologies used to investigate material culture, social relationships and animal and human bodies.

NEOPOT: Tracing the Neolithic transition through the first pottery (2020-2022)

The project will reveal new perspectives on the transition to farming in central Europe, by investigating a region of Europe close to the heart of the origin of the Linearbandkeramik (LBK), South-western Slovakia, that has to date largely been overlooked. The LBK brought farming to much of central Europe, and is marked by the first appearance of pottery. Recent excavations and developments in scientific techniques mean a much richer regional narrative for the beginning of the LBK in Slovakia can be told, with implications for the spread of the LBK more widely. By comparing culinary practices and pottery production techniques, revealed by ground-breaking new analytical methods, we will tackle the transition to farming through four interrelated topics: producing a high-resolution mathematical model of the radiocarbon chronology, revealing technological traditions of pottery, determining cooking practices, such as the first appearance of dairy products, and tracing the provenance of pottery.

Neolithic studies in the British Isles have in recent years been dominated by research in Wessex and to a lesser extent the Orkney Islands. Lincolnshire is situated between the well-known archaeology of southern England and the better researched Neolithic of Yorkshire. It is therefore a key lacuna in knowledge for researchers attempting to assess the spread of the Neolithic in the UK and the regional diversity of the Neolithic more broadly.

This project will assess the use of the landscape and environment in the Witham Valley. Current work is centred on a possible Middle Neolithic feature in Wildmore Fen.

Funded by the AHRC, this two year project will be charting the forms and extent of social diversity in the Neolithic of Alsace. The broader aim is to challenge narratives, which see social inequality as rising slowly and consistently across the Neolithic.

The project will take as its focus the Early and Middle Neolithic in Alsace (c.5300-4300 cal BC). Forming a well-defined and coherent geographical area, this region now has a high resolution and precise chronology for the period under study. Neolithic lifeways in Alsace will be captured through integrating the results from high resolution strontium isotope, stable isotope analysis and dental calculus analysis, with the existing osteological information and evidence from burial rites. Strontium isotope analysis will reveal human mobility patterns in adolescence and whether individuals moved between childhood and their place of burial. Stable isotope analysis will provide insights into diversity in diet between the ages and sexes. The investigation of dental calculus will permit the investigation of daily activities and reveal further details about diet, by analysing the mircofossils preserved in dental plaque. These new analyses will then be interpreted in context with information drawn from the human skeleton and burial practices.

September 2014: Investigating cultural diversity at the transition to agriculture in central Europe: pots, diets and identities

April 2014: Following the herd? Consumption, specialisation and variation in the early and middle Neolithic of central Europe

Separating the curds from the whey: why did we start making cheese?

Your daddy’s rich …, inherited wealth may date back to dawn of agriculture Maev Kennedy 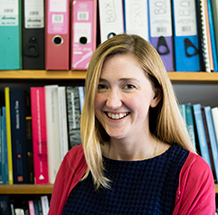