Visit Geoff Bailey's profile on the York Research Database to:

I took my undergraduate and postgraduate training in the Department of Archaeology at the University of Cambridge, specialising in prehistory and bioarchaeology (BA 1970, MA 1974, PhD 1976).

In Cambridge, I stayed on after my PhD as Postdoctoral Research Fellow, University Lecturer and Senior Tutor of my College (Clare Hall) until 1996, when I moved to be Chair and Head of Department of Archaeology at the University of Newcastle upon Tyne.

In 2004 I moved to take up my present position at the University of York as the holder of a new Anniversary Chair created to mark the University's 40th anniversary.

I am primarily a field archaeologist, with experience in many parts of the world, across Africa, the Americas, Australia, Europe, the Far East and SW Asia, and have led major projects in Australia, Greece, Saudi Arabia and the UK, with particular interests in coastal prehistory and the evolution of terrestrial landscapes.

In the past decade I have combined these interests in the exploration of the submerged landscapes of the continental shelf, which made available as much as 20 million square kilometres of new territory during the periods of low sea-level that have persisted for most of human history on this planet, research which is now emerging as a new and pioneer field of archaeological investigation.

I have run field projects on these themes in many parts of the world and have currently active fieldwork interests and engagement in the Arabian Peninsula, Australia, East Africa, and various parts of Europe.

These projects have led me to work across the boundaries between Archaeology and the Life, Earth and Marine Sciences, and to engage in collaborative projects with many specialists across a wide intellectual spectrum both in the field, in the laboratory, and in the development of interpretive models.

1996-2004 Professor of Archaeology and Head of Department, University of Newcastle upon Tyne

Membership of Learned Societies and Professional Organisations (by election)

2017 Corresponding Fellow of the Australian Academy of the Humanities (FAHA)

2014 Member of the Academia Europaea (MAE)

1987 Fellow of the Society of Antiquaries (FSA)

1986 Member of the Chartered Institute for Archaeologists (MCIfA)

For details of other awards and distinctions, see cv and  my profile in the York Research Database

I was born and brought up in London, in the featureless suburb of Ilford, which lies on the eastern borderland between the great metropolis and rural Essex, where one was constantly beckoned towards a more exciting world beyond the immediate horizon. It was later renamed Redbridge, a fact that I am reminded of whenever I use the London Underground and look at the map of the Central Line heading East.

When I was 10, my family moved to Bristol, and I spent my teenage years at Bristol Grammar School and came to know a very different part of England, with some of the finest and most varied landscapes in the country on all sides of a great city with a colourful maritime history, and a very fine combination of Georgian architecture and the Downs and its green spaces overlooking the Avon Gorge and Isambard Kingdom Brunel's Clifton Suspension Bridge.

As I prepared to go to University, my family returned to the London area, and I went on a year of travels before going up to Cambridge, where I had been offered a College Scholarship largely on the strength of my ability to translate the second leader of the Times editorial into Latin prose and to compose Greek verse.

My archaeological interests have a mixed genealogy, an early enthusiasm for solving jigsaw puzzles and making clay models of dinosaurs almost before I could read and write, regular cycling trips during my Bristol years into the surrounding countryside in search of geological and archaeological sites – notably the Triassic fossils at Aust Cliff on the River Severn, the caves of Cheddar Gorge and the Iron Age hillforts of Somerset – a sixth-form specialisation in Ancient History and Classical languages, which offered an entry into a different universe beyond the seemingly rather claustrophobic confines of the modern world, and a youthful interest in human evolution and the writings of Charles Darwin.

In 1967, before going up to University, I invited myself onto a Palaeolithic cave excavation in northern Greece with Eric Higgs, after seeing a BBC television programme 'The Springs of St. George' about his work. This, I thought, would be a good way of hitching a ride to see some of the places I had learned about in my classical education, and also of discovering if archaeology involved anything more than the study of rather dull and dusty objects and holes in the ground – social anthropology was then my first choice of University subject. That experience opened up a new vista of different ideas, peoples, times and places, which has informed my world view, interests and career ever since.

In Cambridge, I stayed for 29 years, as Undergraduate, Research Student, Research Fellow, University Lecturer, College Fellow, and College Senior Tutor, except for spells of overseas fieldwork including a year in Australia during my PhD research, until I decided it was time to take up a new challenge, moving to the Chair of Archaeology at the University of Newcastle upon Tyne in 1996.

Newcastle is a distinctive northern city with its own proud traditions and identity, reminding me of my Bristol days with its unique city-scape and Town Moor, its Tyne bridges marking a famous history of engineering invention associated with the names of Stephenson and Armstrong, and its magnificent countryside on every hand including the hidden gem of the Northumberland coast. In 2004 I moved to take up my present position at the University of York but Newcastle continues to be my home base.

I have world-wide interests in the evolution of terrestrial landscapes and the ways in which geological instabilities resulting from sea-level change and active tectonics at plate margins and in rifts have shaped human lives, livelihoods and long-term social and evolutionary trajectories.

I have particular interests in:

These interests have led me on a fieldwork odyssey from the Mesolithic shell mounds of NW Europe to those of tropical Australia, to excavation of Palaeolithic caves in the mountains of NW Greece, to an interest in the role of active tectonics in shaping human landscapes in the Mediterranean, the Near East and Africa, to explorations of Palaeolithic archaeology, shell mounds and submerged landscapes in SW Arabia and the Farasan Islands of the southern Red Sea, and most recently to underwater research in Western Australia and Denmark.

I have co-ordinated or co-directed major field projects on these themes, notably the Klithi Project, the Africa-Arabia Connections and Southern Red Sea Projects, the Howick and Northumberland Rock Art Projects, Coastal Shell Middens and Agricultural Origins in NW Europe, the EU-funded SPLASHCOS and DISPERSE projects, and the Weipa shell mounds and DHSC projects in Australia

These projects have given me considerable insight into the problems of integrating long-term archaeological, geological, palaeoenvironmental and palaeoclimatic records within a spatial and geographical framework, and the challenges of mounting large-scale research programmes that facilitate international and interdisciplinary collaboration, especially across the science-humanities boundary.

My most recent projects have focussed on the archaeology of submerged landscapes. As Chairman of EU COST Action TD0902 SPLASHCOS, I oversaw a pan-European network which has brought together archaeologists, marine geoscientists, heritage managers and industrial interests from across Europe to promote research and training on the submerged landscapes of the continental shelf, their importance in the larger picture of world prehistory, their potentil to provide new information about sea-level change and its past and future human impact, and the need to better manage the underwater cultural heritage in the face of rapidly expanding natural and man-made threats to its survival.

2022. Bailey G. The Klithí project: An archaeological perspective on Aristi in its wider setting. In: Moudopoulos-Athanasiou, F (ed) Artsista: a local community between its past and future. Society of Modern History, Athens, pp 173–207

Current and recent projects are listed below. For additional details of previous grants, click on 'View my profile in the York Research Database' at the top of this page, or see the cv on the Profile page

International and Keynote Lectures (most recent)

2020 The Significance of Sea-level Change and Ancient Submerged Landscapes in Human Dispersal: A Geoarchaeological Perspective, Marginal Seas –Past and Future, online conference, with Hayley Cawthra, 17 December 2020

2018 Between the Devil and the Deep Blue Sea: The Archaeology of Prehistoric Coastlines. Europa Lecture, York, UK, 23 June 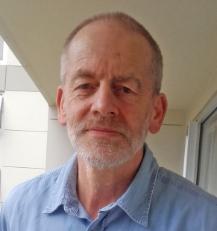