11,500 years ago an episode of intense climatic warming ended the last Ice Age and transformed the vegetation and fauna. The hunter-gatherers living during this transition needed to adapt their hunting strategies as a response to the environmental changes. Despite the broadly undefined complex developments of cultural traditions at this interface, the arbitrary division between Palaeolithic, glacial archaeology and Mesolithic, post-glacial archaeology remains the status quo. This PhD will question this artificial division while offering a broader European perspective on human adaptations to climate change.

Modules included: Methodology for Prehistoric Archaeologists; The Palaeolithic in Southern Germany; Zooarchaeology; The Stone Age between the last Ice Age and 5000 BC; Analysing Aurignacian stone artefacts from Jabrud, Syria; Analysing the Creation and Functioning of Cities and States; Bronze Age and Iron Age Archaeology

Dissertation in Archaeology: An investigation of the faunal and lithic assemblages of the European Mesolithic sites with antler frontlets (awarded 95%)

- Developing and delivering tours and workshops in the Museum and the Stone Age Workshop primarily about human evolution, Neanderthals and Palaeolithic and Mesolithic lifeways

- Participated in an extensive excavation project of the multi-period (Final Palaeolithic, Early and Late Mesolithic and Neolithic) cave site (Blätterhöhle) in Hagen

- Led and supervised several educational programmes of the Museum, including developing and delivering extensive teaching sessions in primary schools about Roman artefacts and presenting several outreach workshops for families

- Participated in several collection care activities in the Museum

- Participated in an extensive excavation project of the Mesolithic sites at Flixton, UK across four seasons of excavation

- Developed the Museum’s educational programme for the Egyptian Mummy exhibition

- Planned a special exhibition about the transition from Wolf to Dog

2011 – 2012: The Nottingham Industrial Museum. Member of the Research, Design and Marketing Teams; Front of House Volunteer

- Designed and marketed information for flyers and advertisement

- After the Opening in March 2012: Acted as a Front of House Volunteer involving assisting visitors, delivering tours, assisting as a cashier and managing the Museum

-Participated in excavating, cataloguing and cleaning the artefacts (Roman/medieval)

The Programme is available here: https://www.academia.edu/27955190/Mesolithic_Conference_2017_in_Wuppertal_Germany_Programme

Summer 2012/2013: Involved in the exhibition management and the development of complimentary educational programmes for two special exhibitions in the Neanderthal Museum, Germany: “Mumien – Reise in die Unsterblichkeit” – about Egyptian Mummies, exhibited from November 2013 to April 2014

“Wölfe” – about the transition from Wolf to Dog in the Stone Age, exhibited from March to June 2013

To travel to and present at the International Workshop “Socio-Environmental Dynamics over the Last 12,000 Years: The Creation of Landscapes V” in Kiel, Germany, March 2017

Awarded to the top 0.5% of students in Germany for academic, social and personal Achievements

To cover travelling costs to conferences and excavations for outstanding students in the a.r.t.e.s. Research Master programme

The University Prize for Academic Excellence 2013, University of Nottingham

Runner up for The Prehistoric Society Undergraduate Dissertation Prize 2013

Awarded to the best undergraduate dissertation in Prehistoric Archaeology

Accessing Archaeology; Prehistory to the Present

Zander, A. Yates, A.B., Gehlen, B., Forbriger, M. and Stapel, S. (in prep.) “The artefact as a site” – Microwear and residue analyses of an Initial Mesolithic blade from Heek-Nienborg, Westphalia, Germany.

Gehlen, B., Zander, A., Street, M. & Scheu, A. Lateglacial and early Holocene transitions in Westphalia

Where The Wild Things Are 2.0. Conference: Palaeolithic and Mesolithic Archaeology, Durham (January 2014)

Led and supervised the key stage 2 and 3 educational travelling exhibition of the Museum, including developing and delivering extensive teaching sessions in primary schools about Roman artefacts (http://www.nottingham.ac.uk/museum/education.php) 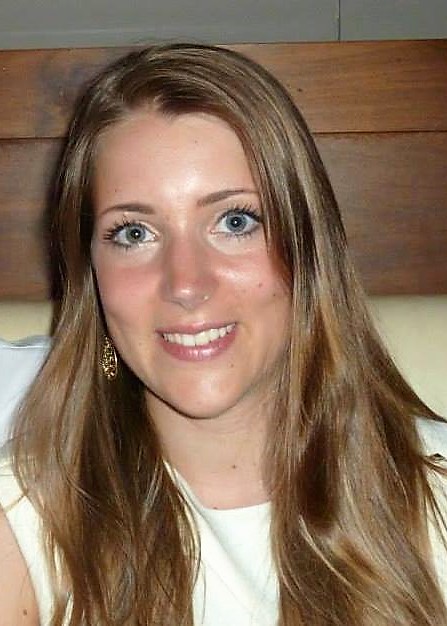