It is with great sadness that Dr Don Henson, our respected and much loved friend and colleague, has passed away following a short illness.

Don’s archaeological career began at Sheffield University where he read Prehistory and Archaeology, graduating in 1978. Immediately after his undergraduate degree he worked as an excavation assistant for Sheffield City Museums, an Archaeological Assistant at Creswell Crags Visitor Centre, and an adult education tutor, before going back into academia and researching flint and chert sources in British prehistory for an MPhil, again at Sheffield University. However, he had a real passion for public archaeology and education, and in 1988 took up a post as outreach officer at Wakefield MDC Museums, Galleries and Castles, as well as working in adult education at Nottingham, Sheffield, Leicester and Leeds Universities.

Don mingling with students at the King's Manor

In 1994, Don joined the Council for British Archaeology as Education officer, and later was given the role of Head of Education and Outreach in 2005. In the CBA he was a key person within the UK education system for archaeology – including being involved with the teaching and examination of GCSE and A Level Archaeology, organising Archaeology & Education conferences in York with participants from across the education range from school to university and adult education, and publishing key reference works, such as his Teaching Archaeology: a UK Directory of Resource handbook (1996), Archaeology in the English National Curriculum (1997) and the CBA Guide to Archaeology in Higher Education (1999). He also managed the staff who ran the Young Archaeologists’ Club for several years and made a major contribution to the success of the Club.

Don teaching at a workshop

He was involved with a range of other groups and committees including the British Universities Film & Video Council, the British Archaeological Awards, the Sandford Education Awards, the Standing Conference for Archaeology in Continuing Education – and for several years he was Secretary to SCUPHA (now UAUK). He advised key national education projects, like the Inclusive, Accessible Archaeology toolkit project run by Reading University. He had a number of databases which he designed and kept up to date with a wide range of information about archaeology in education. 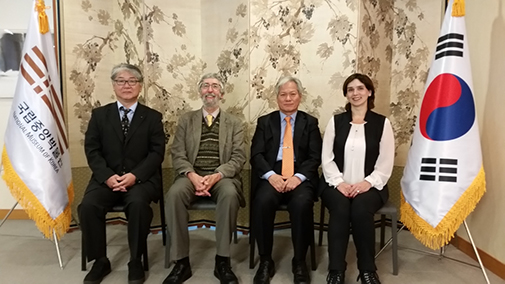 He campaigned for the extension of archaeology in primary school education and despite the frustrating loss of the Archaeology GCSE he was largely responsible for ensuring that prehistory became a part of the National Curriculum in England. He also fought the gradual loss of archaeology in adult continuing education and successfully campaigned to ensure that archaeology graduates could enter teacher training despite not having a degree directly associated with a Curriculum subject. He promoted national initiatives like Learning Outside the Classroom and Engaging Places with archaeology.

It was in 2014 that we had the privilege, here at the University of York, to get to know Don as he was awarded an Arts and Humanities Research Council Collaborative Doctoral Award to carry out a PhD. He was supervised by Nicky Milner and David Jennings (of York Archaeological Trust), as he researched his thesis on “The Meso-what? The Public Perception of the Mesolithic”. This PhD turned out to be an incredible piece of research: Don investigated every avenue possible, from old newspapers, old school textbooks, newspaper articles, TV shows and illustrations, to name a few, in order to really understand how the Mesolithic had been perceived over the last 70 years or so.

As part of this PhD he developed an excellent range of educational resources for school children, and these have been used by teachers across the country. He also visited schools to deliver classes, and had children spellbound with his stories of the Mesolithic. During this time, Don was also very active on the Star Carr excavations, either as supervisor to the undergraduate students, or giving tours of the site to our visitors, or when off-site visiting local societies to give talks about the Mesolithic and Star Carr.

Following the successful completion of his PhD, Don became a Lecturer in Cultural Heritage Management in the department, developing teaching in Community Activism, Heritage Education and modules in Museums. He always got brilliant feedback for his modules and his teaching was regarded as hugely inspirational by our students.

During Don’s time here at York he made a huge impression on the lives of staff and students in the department. He was friendly, kind, compassionate, funny and loved a laugh. As someone said to me a few days ago “Don was one of the good guys”. His love of archaeology and teaching was infectious but he also had so many other passions in life which he enjoyed sharing with us, particularly beer, food (especially chocolate), and all things Japanese. But I think most of all, we will all remember his enthusiasm for dancing - always being the first on the dance floor at any event.

As one of his past colleagues noted, many people owe the life opportunities they were able to pursue to Don. The messages we have received and seen on social media over the last week demonstrate the incredible legacy that Don leaves behind. We have set up a Remembrance book where we hope friends and colleagues will feel they can leave messages remembering Don and how he touched so many lives. 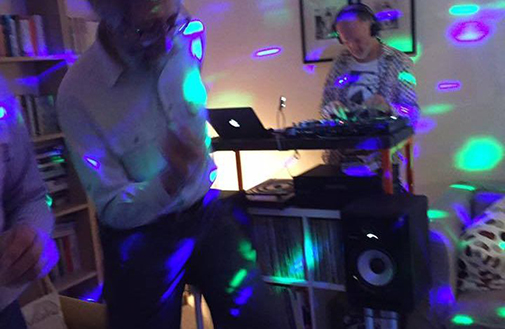