Home>Research>Themes>Protein provides the key to a Darwinian puzzle

Protein provides the key to a Darwinian puzzle

Scientific screening techniques developed by our researchers have solved an important evolutionary puzzle that has baffled palaeontologists for more than a century.

The remarkable technical feat casts new light on the origins of Toxodon and Macrauchenia, South American ungulates or hooved animals, described by Charles Darwin as the ‘strangest animals ever discovered’.

Previous attempts by scientists to pinpoint the origin of the animals using morphology-based analysis and DNA analysis of fossils had failed.

But techniques refined by experts in our BioArCh research facility and Centre of Excellence in Mass Spectrometry  uncovered evidence that the animals were related to mammals like horses - rather than elephants and other African species as some taxonomists have maintained.

The breakthrough came when the researchers switched to analysing collagen samples, a structural protein that can survive around ten times longer than DNA. The team at York team screened 48 fossil bone samples of Toxodon platensis and Macrauchenia patachonica discovered in the 19th century in the same area as those recovered by Darwin. 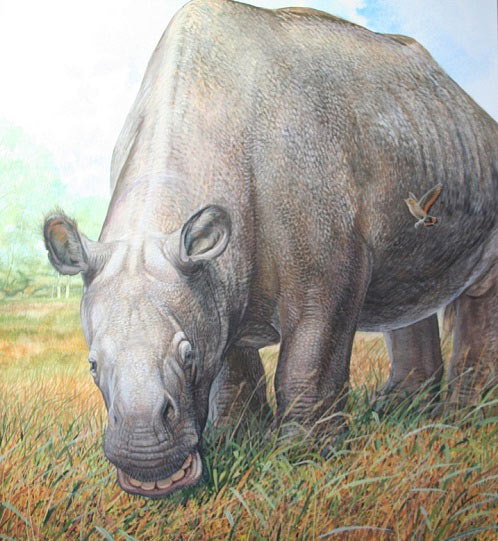 They produced sequences covering more than 90 per cent of the collagen molecule, providing a phylogenetic family ‘tree’ for the two species.

This is the first time the technique has produced molecular information based on protein sequences from the time of the last Ice Age, opening up the potential for further important evolutionary insights.

“People have been successful in retrieving collagen sequences from specimens dating up to four million years old and this is just the start,” said Professor Matthew Collins of BioArCh who carried out the sequencing work with Professor Jane Thomas-Oates, director of York’s Centre of Excellence in Mass Spectrometry. “In theory, with material recovered from permafrost conditions, we might be able to reach back ten million years or more.”

He added: “We now have the potential to address many more of these challenges and to explore the evolutionary process much further back in prehistory.”

Toxodon and Macrauchenia disappeared around 10,000 years ago. The 1.5 tonne rhinoceros-sized Toxodon was the most common large-hoofed mammal to roam South America during the Late Pliocene and Plesistocene period over 16,500 years ago. The more nimble Macrauchenia, or ‘long llama’ resembled a humpless camel – but with a short trunk-like snout.

Charles Darwin collected fossils of the animals 180 years ago in Uruguay and Argentina during a stop-over on his famous journey on board The Beagle.

In theory, with material recovered from permafrost conditions, we might be able to reach back ten million years or more.”

Professor in the Department of Archaeology

Research focuses understanding the pathways of decay in archaeological materials such as on old proteins.

Director of York's Centre of Excellence in Mass Spectrometry, a group focused on the structural analysis of biologically-active molecules

Find out more in the York Research Database and beyond

Learning to live with lockdown

How can we avoid feeling low during lockdown?

Coping with medication side-effects could get easier thanks to our research.

Our research is now used by some of the internet’s biggest names to provide the most realistic 3D audio.