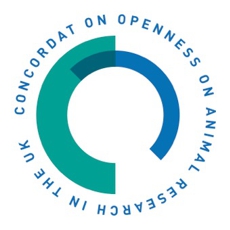 What we do at York

The University of York carries out world-class biomedical research, some of which requires the use of animals to advance knowledge. These studies form only a relatively small part of an overall programme of work, alongside non-animal techniques such as cell and tissue culture, molecular biology, computer modelling and the study of samples from humans.

Research involving laboratory animals is currently being conducted to investigate:

Not every animal study will lead directly to a cure for cancer or dementia, for example, but each may enhance knowledge that eventually helps bring about such a treatment.

Why animals are used

Biomedical research aims to establish an understanding of the cellular, molecular and physiological mechanisms underpinning human health and disease. Animals play a vital role because some of the complex processes taking place in our bodies can be reproduced in other species. The majority of animal research in the UK is carried out using laboratory mice and rats; this is because the characteristics of their genetics, anatomy and physiology are sufficiently similar to those of humans to provide us with biologically relevant information.

The increased longevity of humans over the past century can be significantly attributed to advances resulting from biomedical research. Many of the medicines and vaccines that we take for granted nowadays, such as insulin treatment for diabetes, antibiotics for common infections, and vaccines for Covid-19 have all been developed with the aid of animal research. Likewise, progress in combating common conditions such as cancer, heart disease and dementia has benefited greatly from studies using animals. Many challenges remain, however, including the appearance of antibiotic resistance and dementia.

While researchers would prefer to use non-animal methods, there are times when it is essential to discover what happens in the whole living body but it would not be ethically acceptable to use human subjects. Animals are used only when there are no alternative ways of addressing the question, and researchers are duty bound to adhere to the principles of replacement, refinement and reduction (known as the 3Rs) at all times.

It is also worth noting that, in addition to the benefits for human health, we also have a better understanding of medical disorders that affect animals, and are therefore able to develop treatments for them.

Research on living animals is regulated by the Animals (Scientific Procedures) Act 1986 Amendment Regulations 2012 (SI2012/3039) through a stringent licensing system, operated by the Home Office. This controls what can be done, where and by whom. The law also imposes regulations on the housing, welfare, care and health of all animals used in science. Compliance is monitored closely by the University and is subject to regular Home Office audits.

In order for research on animals to be performed, three separate types of licence from the Home Office need to be in place:

The Establishment Licence is held by a senior member of the University’s management team, who is required to appoint ‘named persons’ to act on their behalf, such as the Named Veterinary Surgeon, Named Animal Care and Welfare Officer and Named Training and Competency Officer. These individuals help to ensure that all our animals remain healthy and receive the best possible care.

Permission to carry out a specific project by a research group is granted by the Home Office only if the potential benefits to humankind or other animals are judged to outweigh any likely animal suffering. Ethical approval must also have been granted by the licensed establishment.

The law requires applicants for a personal licence to have undertaken an accredited training course and, once the licence is granted, they must undergo further practical training under supervision. This ensures that animals are handled carefully and procedures are carried out competently, thereby causing them least harm.

The University expects the highest standards in the conduct of all research undertaken in its name and on its premises using its facilities, as set out in its Code of Practice on Research Integrity, and in compliance with the UK Concordat to support research integrity. In this, the University recognises its obligations to the wider research community, to the funders of research and to society as a whole.

The University has effective measures in place to ensure that high standards of animal care, welfare and accommodation are maintained, and that all persons working with animals receive appropriate supervision and training. Importantly, we expect everyone to adopt a ‘culture of care’ and demonstrate appropriate empathy. We believe that first-rate research calls for first-rate animal welfare.

When researchers publish their results, they do so in accordance with Norecopa/RSPCA's PREPARE Guidelines, the NC3Rs' ARRIVE Guidelines, to ensure that the data from animal studies can be fully evaluated and made full use of by others in the scientific community.

Researchers at York are committed to the 3Rs:

The purpose is to make certain that the research carried out on animals is conducted humanely, and only when there is no alternative.

We are also committed to providing open and transparent information about our research involving animals; we are signatories to the Concordat on Openness on Animal Research.

All members of the University are required to adhere to its Code of Practice and Principles for Good Ethical Governance, the purpose of which is to establish an ethical framework for the conduct of academic activity. The use of animals has to be fully justified and the core value is one of avoiding unnecessary harm. The University supports the principle of the 3Rs – that those involved in animal research should aim at replacing, refining and reducing the use of animals for research purposes.

All research on animals or their tissues is dealt with by the University's Animal Welfare and Ethical Review Body, in accordance with the requirements of the Animals (Scientific Procedures) Act 1986 (Amended 2012). Prior to any work being conducted, each project must have undergone a rigorous and objective review by the Animal Welfare and Ethical Review Body, whose membership includes lay persons, scientists and those with veterinary and animal care expertise.

We are required by law to submit a detailed record of our animal usage. These data are incorporated into the statistical report published annually by the Home Office.

The above figures for 2018, 2019 and 2020 include the natural breeding of genetically altered animals where the birth of each animal counts as one procedure. Genetically modifying animals, such as mice and fish, to insert or remove a gene is a well-established method of discovering what individual genes do in the normal or diseased condition.

Our commitment to the 3Rs

Not only do scientists at York strive to refine, reduce and replace the use of animals in their research, some are conducting studies to discover innovative 3Rs technologies that may be of benefit for others in the scientific community. For example, funding from the NC3Rs is currently enabling projects on the development and use of:

Some of these scientists have also been awarded funding to engage with the public about their NC3Rs-sponsored work.

A small number of projects at York involve research on animals that does not come under the jurisdiction of the Animals (Scientific Procedures) Act 1986 (Amended 2012). This is because the studies do not involve Home Office-regulated procedures; for example, these may observational studies to gain insight into the behaviour of animals in the wild or in captivity, their interaction with humans or to aid the conservation of species.

This research is also subjected to a rigorous ethical review by the University’s Animal Welfare and Ethical Review Body to ensure that the reasons for carrying out the science are well thought-through and there is no likelihood of harm or distress being caused to the animals.