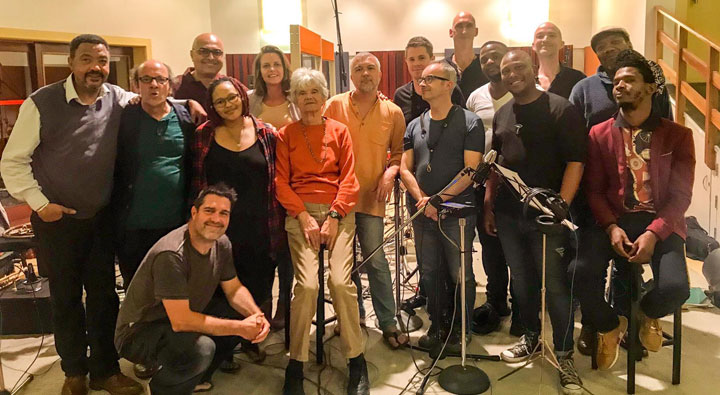 The brotherhood of breath

Researcher Jonathan Eato is helping musicians in South Africa rediscover their pre-apartheid jazz heritage, and finding ways to help music teachers teach the lessons of their rich musical past.

The Brotherhood of Breath was a big band formed by South African pianist and composer Chris McGregor in late 1960s London. It consisted of McGregor and other significant South African jazz exiles and included several progressive UK musicians. The music was a celebrated mix of traditional South African material and progressive improvised music and is widely considered to be ground-breaking. Despite the acclaim that the Brotherhood received in the UK and Europe, their music is little known in South Africa and even harder to access.

As a result, this music is limited to functioning as social text in South Africa and consequently has never been able to take its place as valuable living cultural knowledge in South Africa.

Two key issues prevent South Africans from engaging with the Brotherhood of Breath and other aparteid-era cultural outputs. The first is that South Africans haven’t had a chance to engage with an important part of their musical heritage created during exile; and the second is that there are no materials for educators available that allow the music to be taught and passed on within South Africa.

I have a long standing academic relationship with Professor Stephanus Muller, Director of the Africa Open Institute for Music, Research and Innovation, which began during my postdoctoral research scholarship at the University of Stellenbosch.

Our project addressed these fundamental problems by designing and delivering activities to provide the tools to incorporate the teaching of the music of Chris McGregor's Brotherhood of Breath into the South African musical curricula. We did this by producing ten critical editions of Chris McGregor’s scores for the Brotherhood of Breath for distribution to 30 strategically selected music educators. We also recorded an album of McGregor’s music from the newly published critical editions in Cape Town, with the recording sessions being filmed to feed back into the archival aspect of the project.

Knowledge exchange was critical to the success of the project, and we took four original members of the Brotherhood of Breath to South Africa to rehearse and record the editions with a South Africa band. Furthermore, we held a workshop at the Tshisimani Centre for Activist Education, Cape Town, which was attended by higher education (HE) lecturers, school teachers, community educators, and other stakeholders, with the aim of fully equipping music educators with the practical and theoretical knowledge to include this music in their teaching.

Not only will teachers be a key mode of disseminating this cultural heritage/knowledge at school/community level, but the inclusion of selected HE level educators will ensure sustainability as they will train the next generation of music educators on these materials.

We have several further workshops aimed at smaller groups of music educators planned for early 2020 to be delivered in various cities across South Africa. The recording we made is also being mixed and prepared for release in collaboration with the musicians.