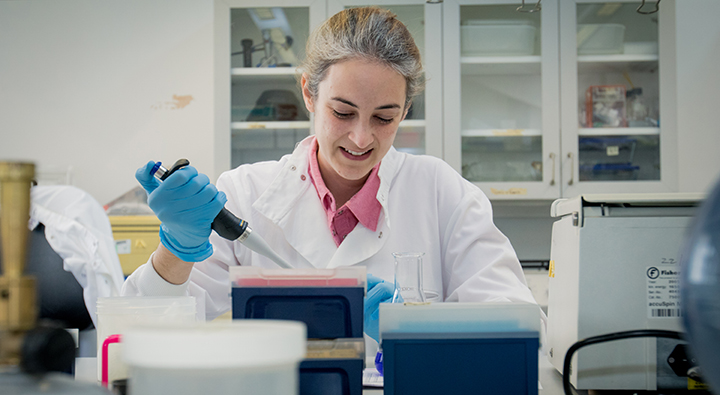 Visceral leishmaniasis is a deadly tropical disease which kills thousands every year. Postdoctoral Research Associate Juliana Brambilla Carnielli Trindade is part of a world-leading team at York exploring why the only available oral drug to treat the disease is not fully effective in Brazil.

Leishmaniasis is a parasitic disease transmitted to humans by the bite of the infected female phlebotomine sandfly. There are three main forms of the disease - cutaneous, mucocutaneous and the most serious form, visceral (VL). VL is a serious public health problem in the tropics and sub-tropics with 200,000 - 400,000 new cases worldwide each year. It causes fever, substantial weight loss, swelling of the spleen and liver and anaemia and can be fatal if left untreated. Miltefosine is the only available oral drug treatment for Leishmaniasis. It has been used successfully to treat VL patients on the Indian subcontinent. But for up to 40 per cent of patients in Brazil, miltefosine is not fully effective, causing them to relapse after treatment. The research is studying the molecular markers in the Leishmania parasite which might contribute to the parasite’s natural tolerance to miltefosine. Using this information, we aim to develop a prognostic test to indicate which patients are most suitable for treatment with miltefosine. We also want to identify the environmental factors in Brazil which might contribute to natural miltefosine tolerance in Leishmania infantum.

How did you become involved in this field of work?

As an undergraduate student in Pharmacy-biochemistry at Universidade Federal do Espirito Santo (UFES) in Brazil I studied the pharmacological activity and biochemistry of fish venom. I went on to gain my Masters and PhD at UFES in infectious diseases where my studies focused on drug resistance in the Leishmania parasite. My PhD included a year at the Wellcome Trust Centre for Molecular Parasitology at the University of Glasgow where I was member of Professor Jeremy Mottram’s research group. I am now a member of Professor Mottram’s group at York where I am investigating the molecular markers associated with natural miltefosine tolerance in the Leishmania parasite.

Our research has pinpointed the molecular components which might make Leishmania infantum able to tolerate miltefosine and cause the treatment failures observed during the drug’s clinical trial in Brazil. If we can confirm this evidence, we can design a prognostic kit which could identify VL patients who are most likely to progress to a definitive cure with miltefosine treatment. This will ensure the drug is targeted more effectively and could advance efforts to have miltefosine licensed as a new treatment option in Brazil.