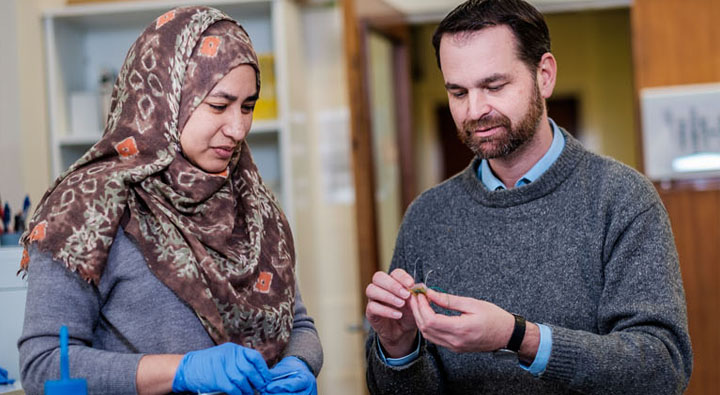 Training the next generation of South African nuclear scientists

Our background is in experimental nuclear physics and we're applying our skills in radiation detector development to societal applications in industry and in medical imaging. Under two GCRF grants, a one-year grant in 2018 and a two-year grant starting in May 2019, we're working with collaborators in South Africa to develop plastic-scintillator-based positron emission tomography (PET). This would significantly reduce the cost of this medical imaging technique for developing countries.

How did you become involved in this field of work?

We've collaborated with our South African colleagues for many years. I co-led an experiment with them at the European Organisation for Nuclear Research, known as CERN, which was the first Africa-led experiment there and for the past seven years, I have given lectures in their annual "Tastes of Nuclear Physics" summer school at the University of Western Cape (UWC).

We are upskilling young people from South Africa so that they can work on their own applications in radiation detection and medical imaging. Our GCRF grants have funded the setting up of a laboratory at UWC which they have called MANDELA, standing for Modern African Nuclear Detector Laboratory; it's also funded a postdoc to work at UWC and lead the laboratory development.

We're collaborating with Professor Nico Orce at UWC and Professor Sifiso Ntshangase at the University of Zululand. We are training students on their Masters of Nuclear Science (MaNuS) programme.