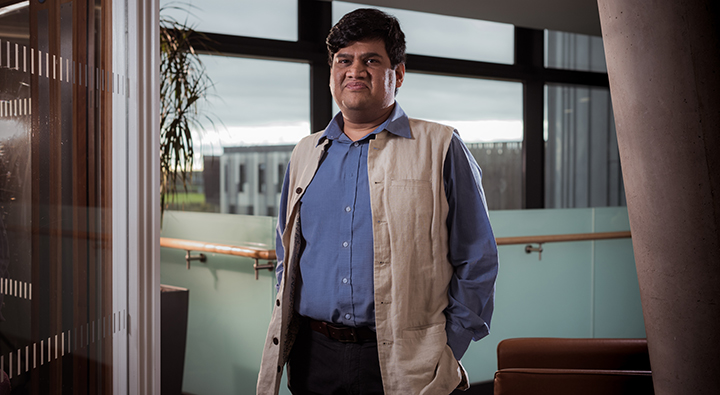 The value of global giving

Dr Arun Kumar from The York Management School studies the culture and practices of  global philanthropy through history - to help us understand the motivations for philanthropic giving today.

My research looks at the history and practices of international development. In particular, I am interested in the role of large, organised philanthropic foundations and their development programmes in the so-called Third World or developing countries such as India. I focus on three things in my research. First, I am interested in the cultural histories of philanthropy. That is, how can we explain the choices and shifts in philanthropy for social change? Second, I research the involvement of large American philanthropic foundations in setting up institutes of management education and training across the so-called Third World. Such institutes, I argue, were a result of complex local and global politics of modernisation, the USA’s anti-communism, and post-colonial nationalism. Finally, I have an emergent research interest in the evaluation of development programmes. In particular, I am interested in how particular forms and practices of ‘scientific’, quantitative evaluation, such as randomised control trials, have become powerful in recent years.

More often than not, when we look at the role of philanthropy in international development we focus on understanding how the lives of the poor have become better. That is, we are interested in the outcomes of the philanthropy. But we rarely interrogate philanthropists’ motivations, historically. That is, why were particular programmes selected over others, or why were they designed in a particular way? Or, how can we explain the differences among contemporary philanthropists where one chooses to establish institutes of scientific research and training while another does the same in addition to funding the construction of Hindu temples? To put it another way, I am interested in understanding how conceptions of modernity, nationalism, religion, caste, gender, capitalism, science, etc. interface with ideas of development to inform acts of gift-giving among the elite. By asking these questions, and by carrying out historical analysis, we cast new light on the motivations behind elite philanthropy both in the past, but also in understanding current philanthropic choices and strategies.

How did you become involved in this work?

After my post-graduate training in development and management, I worked as an independent researcher and consultant with leading aid, philanthropic and non-governmental organisations on strategic planning, monitoring and evaluation, and capacity building. I focussed on issues of disability, urban development, social accountability, and governance. While this work was very rewarding in itself, I was keen on thinking about how our conceptions and programmes of development had come to be this way. And as I read about them, I realised that it was important to delve into the past to understand its continuities and disjunctures from the present. After a PhD from Lancaster University, I joined the University of York as a Lecturer in International Management in 2016. My research on the history of management education in India has been funded by the Rockefeller Archives Centre. More recently, I was awarded the Carnevali Small Grant from the Economic History Society (2017-18). This award supports my research into the history of Indian elites’ philanthropy and their contribution to development in India in the twentieth century for a research monograph that I am currently working on titled Re/Imagining Development.

I am a member of the York International Development Network at the University of York. With colleagues from the Network, I have been working on philanthropy and its role in international development. Following a research workshop in May 2017 we are now working on a special issue.