History and development of the University campus 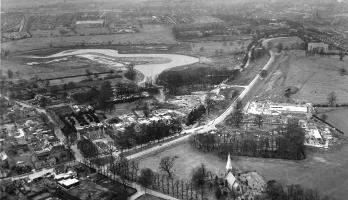 Origins of the University 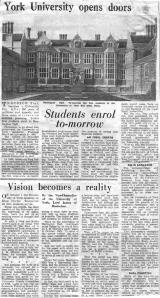 While petitions were drawn up as early as 1617, permission to establish a university in York was not granted until 1960.  The development of the University and its vision was headed by Baron James of Rusholme, the university's first Vice-Chancellor.

With Heslington Hall and The King's Manor as the primary venues, the University opened its doors in October 1963 to 230 students and 28 staff.

In 1964, work began to expand the University campus to the marshy land around Heslington Hall.  The development included landscaped parkland with a central man-made lake, innovative covered walkways, and the many CLASP buildings seen around campus.

By the end of the decade (and on schedule), the University of York's campus included five colleges, three laboratories, Central Hall, the JB Morrell Library, the sports hall and the Sir Jack Lyons Concert Hall.  Undergraduate enrolment had increased to 2500 students. 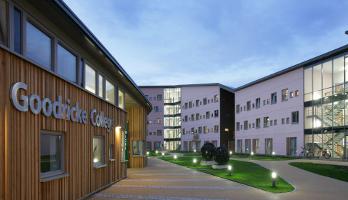 To maintain its position as one of the top universities in the world, the University must upgrade and expand its campus.  In addition to improvements to existing facilities, the University is expanding to Heslington East.

Major improvements of the existing Heslington campus include the refurbishment of the JB Morrell Library and the construction of the Berrick Saul and Centre for Immunology and Infection buildings.

Campus East is the name of the University's expansion. The site is consists of 117 hectares of land close to the current campus on the outskirts of York. The development of the site will include academic buildings, college accommodation, sporting facilities and community facilities.

As part of the planning state for this expansion, the University arranged a community consultation programme and Community Forum to allow local residents and businesses to be informed and provide feedback on the project.