Celebrate the international appeal of Shakespeare with the free talks, workshops and productions happening across campus and in town 15-21 May 2017.

The University has joined together with the York Theatre Royal, Parrabbola and other partners, to bring you the York International Shakespeare Festival.

The festival is a member of the European Shakespeare Festivals Network, allowing for exciting international exchange.

There will be a variety of Shakespearean performances and explorations of the Bard's work across the city, including:

For full details of these and all other shows and to book tickets, please see the full programme of performances. 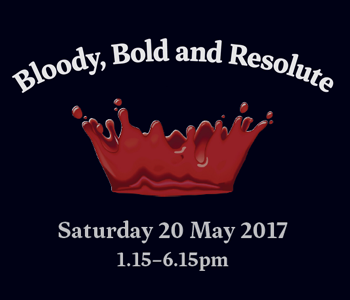 Along with a range of productions, there will also be talks, many arranged prior to screenings and performances to enhance your enjoyment:

Whether you're new to Shakespeare or have long enjoyed his works, this diverse and accessible selection of events has much to offer.