York students are top of the class for volunteering

Teaching Polish to primary school children and playing the part of a homeless person in a drama class. These are just some of the testing classroom challenges tackled by hundreds of University of York students who help out in schools across the city every year as part of an award-winning volunteering programme.

The York Students in Schools programme (YSIS) is one of the largest voluntary school-based projects in the UK. It was launched in 1994 and is now placing over 700 students a year in 60 schools.

Winner of a Queen’s Golden Jubilee Award in 2003, the scheme harnesses the youthful enthusiasm and expertise of students to lend a helping hand to busy classroom teachers in York’s primary, secondary, specialist schools and colleges.

Students volunteer for half a day over ten weeks to work with pupils on a growing range of subjects and projects from nursery to sixth form. They might be called on to help pupils brush up on core curriculum subjects, work with individuals or groups, help with language skills or get involved with extracurricular activities.

York’s students are enthusiastic, reliable people who have a lot to offer teachers and pupils

"I have worked with groups, marked work, helped individuals who were struggling in a certain topic, and supported autistic students. I also planned and taught lessons whilst on my YSIS Block Placement."

The scheme, based in Careers, was founded by Dr Allen Warren, a former Head of the Department of History and Provost of Vanbrugh College for over 20 years, who was made an MBE in 2011 in recognition of his services to volunteering in higher education. 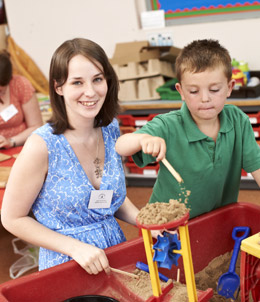 “The student volunteers are real ambassadors for the University. They provide a very useful and practical link between the University and the community in a way that offers benefits to both sides.

“York’s students are enthusiastic, reliable people who have a lot to offer both teachers and pupils across the city. This scheme gives them a platform to demonstrate and develop their skills  and at the same time act as valuable role models for pupils who might not have considered further education.”

For some students, the scheme proves the launch pad for further training and a career in teaching, but the programme is equally valuable for students wanting to develop transferable skills for other career paths.

Ahmad Hatami, a student in the University’s Department of Biology, volunteered at Clifton with Rawcliffe Primary School.

“Working alongside children and teachers at the school has taught me how to approach, encourage and direct others. It has helped me acquire life skills which can be used in and outside the workplace. I learned the importance of listening to and communicating with others.”

Having YSIS as part of the support offered by Careers enables students to make the most of their experiences for the future; giving them access to career management support, recognition of their achievements through the York Award and provide valuable opportunities for them to network with potential employers.

The scheme, sponsored by City of York Council, The Shepherd Group and Teach First, also provides a springboard into other development opportunities. There are two or three-week YSIS Block Placements available and a scheme matching students with language skills with pupils who have limited English has been developed.

Students can go on to join the YSIS Student Management Group helping to manage the scheme while gaining a valuable insight into project management, or they can opt for the York Students in Communities programme which offers a wider choice of volunteering projects benefitting schools and community groups across the city.

Dan Bodey, Assistant Head at Fulford School said YSIS is one of the most positive schemes the school is involved in.

“In an era of constant change and reinvention this is a very open and pure volunteering scheme that benefits everyone involved,” he said. “The school pupils love the extra attention, and the support they receive from an approachable and competent pair of hands benefits them academically.”

Want to get involved? Find out more about volunteering: