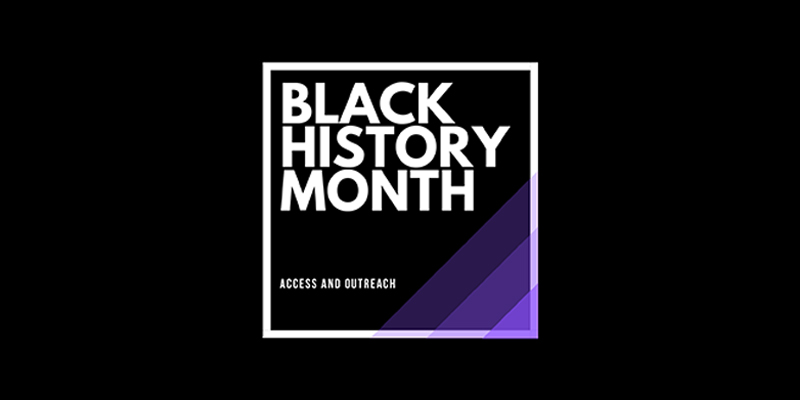 This week we're highlighting examples of British Black history to raise awareness of the contributions Black people have made to our society.

The history of the UK is not separate from the history of Black people. For many students, due to a lack of representation in the national curriculum, your knowledge many only extend to slavery and Windrush. That’s why we want to help raise awareness of some Black Britons who have impacted our history.

Throughout October, we will be celebrating Black Britons, by sharing ‘Black Britons you should know about’ everyday on our Instagram stories. If you miss a day, you can catch up on our story highlights.

How Black History is taught at York

Watch the video below from the Department of History’s Dr Sam Wetherell, who teaches the course ‘Between the Empire and Me: Race and Decolonisation in Britain since 1930’ to first year history students. Hear his thoughts on Black history in the UK and how it is taught at York.

Andrea Levy is best known for writing 'Small Island's and 'The Long Song' in which she explores racial segregation and the British Jamaican experience in the 20th century. She has also written numerous other novels centred around the ideas of race in the UK.

Levy was of Afro-Jamaican descent. Her father came to Britain on the HMT Empire Windrush in 1948, with her mother following later that year. Levy was born in Highbury, London where she initially went on to become a costume designer for the BBC. On her father's death she turned to writing, finding there were few books looking at the Black British experience. It was her fourth book, 'Small Island', that was her biggest success, looking at the immediate aftermath of the war and the subsequent experience of the Windrush generation settling in Britain and the discrimination they face. 'Small Island' won three awards, namely the Whitbread Book of the Year, the Orange Prize and the Commonwealth Writers' Prize and has since been turned into a television series of the same title and a National Theatre performance to much critical acclaim. ‘The Long Song,’ her fifth novel was, also adapted by the BBC for a three-part series in 2018.

Levy's writing is nothing short of excellent and has recently become a studied text for some A Level students - showing the start of a much needed decolonisation of the A Level English curriculum. More than that, Levy’s writing is full of heart, humour and insightful comments on our society and its unjust treatment of the Black community.

Provided by the University of York History Society

Explore these resources to further educate yourself about Bristish Black history: