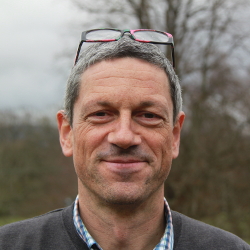 Following a PhD in semiconductor ring lasers (1989-1992) at Glasgow University, UK, Thomas Krauss initiated research on planar photonic crystals in 1993. His work on fundamental concepts in photonic crystals, including his Nature paper in 1996, was pivotal for transforming photonic crystals from a scientific curiosity to the essential building block in photonics that they are today. He became a full Professor at St Andrews in 2000 where he established a 15-20 strong research group and a nanofabrication laboratory. He developed the slow light concept in photonic crystal waveguides and conducted, with collaborators, a number of seminal experiments, including work on ultrasmall switches and efficient nonlinear effects. Following 12 years of successful research at St Andrews, including being Head of School 2009-2012, he relocated with his group to York University, UK, in early 2013, where they soon completed setting up a new suite of nanophotonics fabrication and characterisation laboratories. 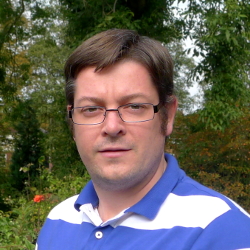 Christopher received his PhD from the University of St Andrews in 2009. Since then he has worked with Prof. Thomas Krauss as a Post-doctoral fellow, taking on responsibility for the day-to-day running of the microphotonics research group. In 2013, Christopher moved with Thomas to start a new research group at the University of York. While at York, Christopher has been involved in the design and building of a new state-of-the-art cleanroom facility based at the York Nanocentre, he has also been instrumental in the setting up of the new Photonics group's optical laboratories based at the Department of Physics. As part of his duties, Christopher has built a proprietary reactive ion etching system. Christopher has expertise in many aspects of micro/nano-fabrication including both photo- and electron-beam lithography, wet and dry etching, and thin-film deposition (using both a proprietary sputtering system, again designed and built in-house and thermal/electron-beam evaporation). In 2018, Christopher was asked to project manage the building/refurbishment of the new Microfluidics laboratory-based alongside the group's other fabrication facilities. This lab includes, among other things, a state-of-the-art mask-less photolithography system as well as a parylene-C conformal coating system.

Christopher is not supported by any one project grant, this gives him the flexibility to work within many areas. Over the last few years, he has worked in such varied areas as MidIR photonic crystals, On-chip quantum optics, terahertz generation, all-silicon light emission, 2D materials, bio-photonics (focussed on biofilm formation and antimicrobial resistance), spintronics and nanoscale thermal transport. Christopher's other duties include the upkeep of the research group's website with the help of Dr Giampaolo Pitruzzello, general purchasing for the group, the running of both the group's cleanroom facility, microfluidics laboratory and photonics laboratories, and the chairing of various group activities. Christopher has also, and continues too, co-supervise a number the visiting and junior members of the research group. As well as taking on the role of project manager for a number of smaller projects within the group.

Donato graduated from Politecnico di Bari (Italy) with an MSc degree in Electronic Engineering in 2013 with an internship at the Microphotonics and Photonic Crystals Group at University of St. Andrews (Scotland).

In January 2014 he started his PhD in the Optoelectronics Laboratory of Politecnico di Bari. His PhD research concerned the design and fabrication of an optofluidic system for optical trapping of sub-micrometre particles. in collaboration with the Photonics Group at the University of York.

In January 2017, Donato joined the group as a research assistant involved in the project “Challenging the Limits of Photonics: Structured Light” funded by EPSRC. His activities concern the study and fabrication of photonic devices to maximize light-matter interaction. Since June 2018, Donato is a postdoctoral researcher in the group working on the design, fabrication and characterization of optical devices for optical trapping and biosensing applications.

Donato’s research interests are in the field of optical biosensing and optical trapping, focusing on configurations and techniques to optimize light-matter interaction. He is working on photonic biosensors in dielectric materials for the detection of low concentration of target analytes and he is also focusing on the design and fabrication of optical nanotweezers for the study of trapping at the nanoscale in air/vacuum.

‌Giampaolo received a BSc (2013) in Physics and an MSc (2015) in Condensed Matter Physics and Nanotechnology from the University of Catania, under the supervision of Prof. Francesco Priolo. He first joined the Photonics Group at York in 2015 to work on his master research project. This work focused on the development of a thermal detector based on a photonic crystal cavity. He started his PhD in the Photonics Group in 2016 and completed it in 2019. The project involved designing, fabricating and testing microfluidic devices to mechanically trap single bacteria and monitor their activity upon exposure to antibiotics. He is currently a Postdoctoral Research Associate.

Giampaolo's interests lie in the phenotypical study of bacterial susceptibility to antibiotics within the EPSRC Programme Grant "Resonant and shaped photonic for understanding the physical and biomedical world". His research involves optical, photonic and electrical techniques to study bacteria at the single cell level upon the action of antibiotics. 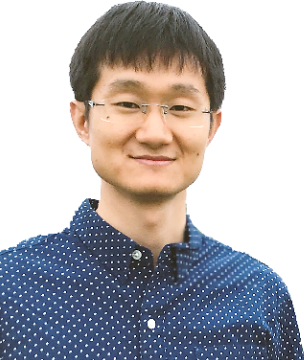 Kezheng received his PhD from the Sun Yat-sen University, China, in 2016. His PhD research concerned the optical confinement of micro/nano structures, with applications to the field of photonic sensors, thin film solar cells and quantum optics. He is an experimental physicist with more than 10 years of Laboratory experience, which includes micro/nano-structure fabrication (EBL, UV lithography, ICP, RIE, PECVD, ALD, etc.), characterization (SEM, AFM, FIB, PL/μPL, etc.) and numerical modelling (FDTD solutions, Rsoft). In 2009, Kezheng was awarded the first prize with the project "Study of 3D-photonics" at Sun Yat-sen University. In 2012-2013, Kezheng became an academic visitor in Huazhong University of Science and Technology, where he began his cleanroom life. In 2014-2015, Kezheng was awarded the scholarship for outstanding PhD candidate from Sun Yat-sen University and his research entitled "Realization of strong coupling effect in solid state system" became the first experimental evidence in this field in China. In the same year, he joined Prof. Thomas F. Krauss’ group at the University of York to explore a new area of research, which is light trapping structures for thin film solar cells. In 2017, Kezheng joined the Photonics Research Group as a research associate.

Fahrettin received a BSc degree in physics from Istanbul University (Turkey). In 2010, he started his Master and in 2013 he started his PhD study in Nano-Optoelectronic Research Group and he completed his PhD in 2018. His PhD thesis is about the design, fabrication and characterisation of resonance cavity photodetectors for fibre optical communications. He has an International Research Project from Istanbul University with Dr Yue Wang and Prof. Thomas Krauss. His background is mainly concerned with the optical, electrical and magnetic characterisation of semiconductor materials and optoelectronic devices.

George studied for his undergraduate degree in York. During his undergraduate studies, he researched non-linear optical media at the University of Auckland in New Zealand, focussing on modulation instabilities. He started working with the York Photonics group in early 2016 on summer/smaller projects, optimising grating couplers with CAMFR, modelling photonic crystals with MEEP and programming an ellipsometer in LabVIEW. He started his PhD in October 2017 on the metal-insulator-metal structure and its applications in photonic and plasmonic) sensing.

George's project is studying the coupled oscillations that occur in the metal-insulator-metal system, optimizing the structure for refractive index sensing and exploring its applications.

Alex graduated from the University of York with an MPhys degree in Physics in 2017. The final project was developing a measurement tool for the heat output from magnetic nanoparticles in an alternating field. This was with the aim of quantifying the heat for use in cancer treatment. In the same year, he started his PhD in the Photonics group with Professor Thomas Krauss working on implementing a photonic biosensor into a clinical device. Alongside the main project, he is also working on projects to develop fabrication techniques to develop metasurfaces for light sheet applications.

1. Guided mode resonances and photonic crystals for biosensing and imaging (2019)

Under Professor Thomas Krauss and Dr Cynthia Iglesias, his research focuses on the fabrication and implementation of a photonic biosensor based on Guided Mode Resonance for use in a clinical environment. 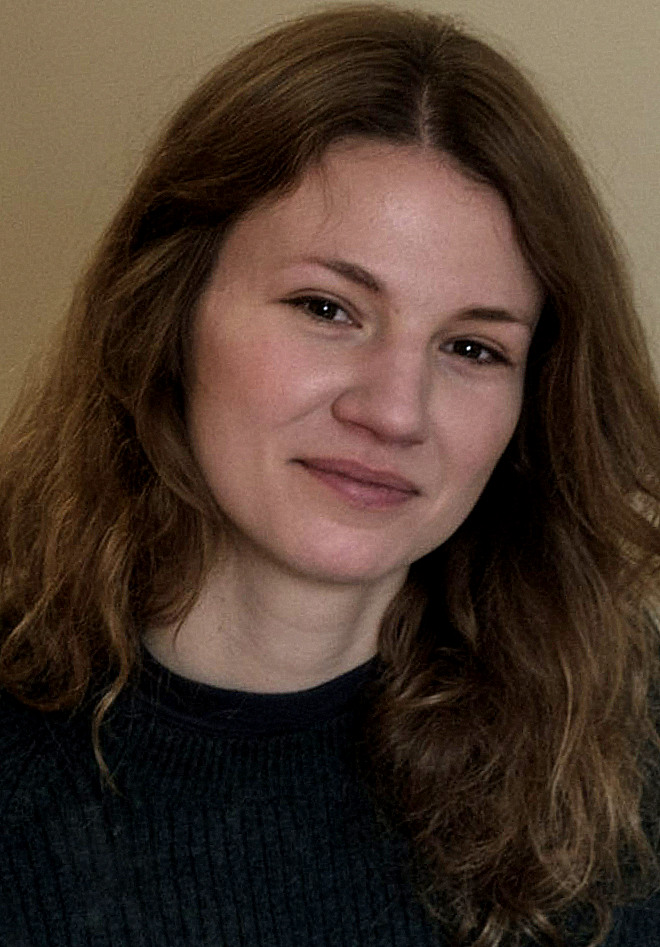 1. Guided mode resonances and photonic crystals for biosensing and imaging (2019)

Isabel's research interests are related to optical tweezers, interferometry, imaging and biosensing and her current project is focusing on photonic biosensing based on guided-mode resonances.

Josh studied Physics at the University of York receiving a BSc in July 2018 with a final year project within the Photonics Research Group, specialising in thermophoresis in paper microfluidic structures. This led to both a BPSI funded summer project and an MScr both within the Photonics Research Group optimising the paper structure and heating element.
Josh's project
Optimising the integration of silicon photonics, the light-matter interaction in photonic devices, thermophoretic effects within porous materials and power-free paper fluidic manipulation techniques.