Explore the list of state-of-the-art facilities and equipment we have to offer.

You can also take a virtual tour of our laboratories to see where our research takes place. The labs can be viewed in virtual reality using Google Cardboard or Samsung Gear VR headsets.

Take a virtual tour of our laboratories

Our Category 2 biological laboratory space allows us to culture tissues and carry out basic biological assays under the same environment as our diagnostic measurements. Additional capabilities for more advanced analysis, techniques and methodologies are available at the University of York's Department of Biology and the York Bioscience Technology Facility.

This lab (housed in the main YPI research building) enables participation in tokamak experiments anywhere around the world. It has a videoconference link to the on-site tokamak control room, as well as a suite of hardware and software tools to access and analyse the huge amount of data generated in a typical discharge. 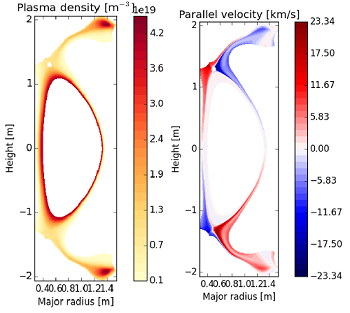 We develop and use advanced computational techniques and software that is run on some of the most powerful supercomputers in the world, in order to solve some of these otherwise intractable problems.

Contains a magnetically confined linear plasma device with a plasma column 5 cm in diameter, 1.4 m long, axial magnetic field 0.2 T densities in excess of 1019 m-3 and temperatures up to 10 eV. This source is used for basic plasma studies and the development of instrumentation and plasma diagnostics for tokamaks, especially the UK's MASTU tokamak (at Culham Science Centre in Oxfordshire). 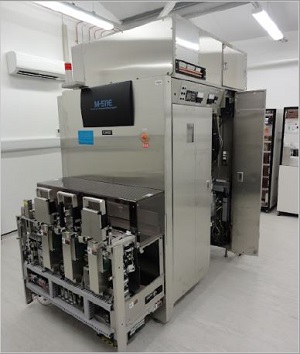 In the frame of COST Action MP1101 ‘Biomedical Applications of Atmospheric Pressure Plasmas’ a micro-scaled atmospheric pressure plasma reference source was developed, enabling researchers around the world to compare data and results. This research device is a simple, robust, inexpensive source allowing diagnostic access to both the plasma core and jet, a suitable geometry for modelling and simulations, and the ability to interact with samples.

We use optical and electrical measurement techniques, eg plasma power and nanosecond emissions spectroscopy, to investigate the development of plasma propulsion sources. The image shows the Pocket Rocket radio frequency microthruster invented by the Space Plasma, Power and Propulsion Laboratory (SP3), Australian National University, who we and the Computational Plasma Science and Engineering Group (CPSEG), University of Michigan collaborate with as part of our research programme.

This is a flexible and variable low-pressure plasma reference cell capable of operating in capacitive and inductive mode with various gases and applied electrical excitation waveforms with excellent diagnostic access. This source is predominantly used for diagnostic and plasma control strategy development and fundamental process investigations.

The work on EUV lasers at YPI uses a capillary discharge in argon plasma to produce laser output at wavelength 46.9 nm.  Work is ongoing to develop the laser for the ablation of micro-features in solids and to understand the physics of the high-density plasmas formed by EUV laser ablation.

We utilize various fast imaging techniques for measuring the plasma dynamics and benchmarking our simulation tools. These techniques are utilized across plasmas for magnetic confinement fusion, laser plasmas and low-temperature plasmas. 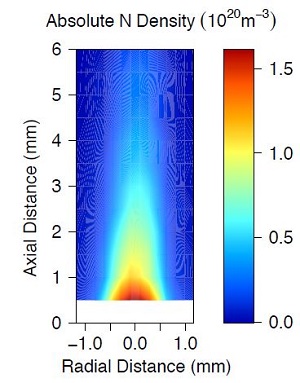 Laser-induced fluorescence (LIF) with one and two photons, is a highly sensitive resonant technique, employed for quantifying species densities in plasmas, and provides good spatial resolution.

Plasma absorption diagnostic techniques based on absorption of photons provide species concentrations, eg ozone (O3) and hydroxyl (OH) densities. Absorption spectroscopy has the advantage it is not influenced by quenching processes, however, is limited to integrated line-of-sight measurements. 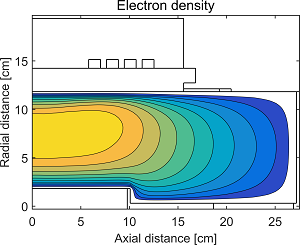 We work closely with Quantemol Ltd on low temperature plasma simulations and make use of the Quantemol-VT and Quantemol-P software, which are based on the Hybrid Plasma Equipment Model (HPEM) and GlobalKin simulation codes developed by Professor Mark Kushner at the University of Michigan. We also collaborate actively with Professor Kushner in the use of these codes. These simulations allow us to understand important processes occurring in low temperature plasmas on a fundamental level. We then use this knowledge to develop advanced control and optimisation strategies to tailor the plasma properties for individual applications. A key aspect of our simulation work is extensive benchmarking against experimental results taken using our suite of advanced plasma diagnostics.