School of Physics, Engineering and Technology

Researchers from a collaboration including the School of Physics, Engineering and Technology have challenged the long-held Mermin-Wagner theorem forbidding 2D isotropic magnets, published in Nature Communications.

The Mermin-Wagner theorem states that long-range magnetic order does not exist in one-(1D) or two-dimensional (2D) isotropic magnets with short-ranged interactions and is widely accepted in the theoretical physics and magnetism communities. 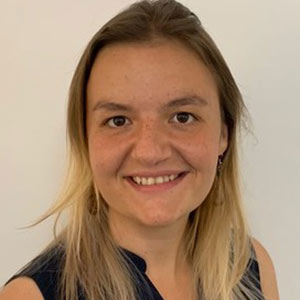 In a new paper published in Nature Communications led by Dr Sarah Jenkins from the School of Physics, Engineering and Technology, scientists have shown that magnetic order is possible for a finite sized 2D system with no anisotropy, showing that the Mermin-Wagner theorem is irrelevant for practical applications.

The researchers found that the often asserted Mermin-Wagner theorem does not apply to 2D materials of real laboratory sample sizes. Since the spins are aligned due to the exchange interactions the direction of the magnetisation may be stabilized by geometrical factors or finite-size effects. These findings open up possibilities for a wider range of 2D magnetic materials in device applications than previously envisioned.

Furthermore, the limited applicability of the analytical Mermin-Wagner theorem opens similar possibilities in other fields such as superconductivity and liquid crystal systems, where the relevant length scale of correlations is known to be much greater than that required for experimental measurements and applications. Their results suggest that if the magnetic anisotropy can be controlled to a certain degree until it completely vanishes, new effects of strongly correlated spins or more unusual disordered states may be observed.

Dr Sarah Jenkins, lead researcher on the paper said “The Mermin-Wagner theorem was one of the most important concepts in theoretical physics, and magnetic order in 2D magnets was attributed to magnetic anisotropy. The discovery that 2D magnetism is possible without significant magnetic anisotropy is an exciting development and opens many new possibilities for new 2D van der Waals magnets and spintronics devices."