Government loans to cover the cost of postgraduate study have increased access - but rising tuition fees risk wiping out these gains, according to new research. 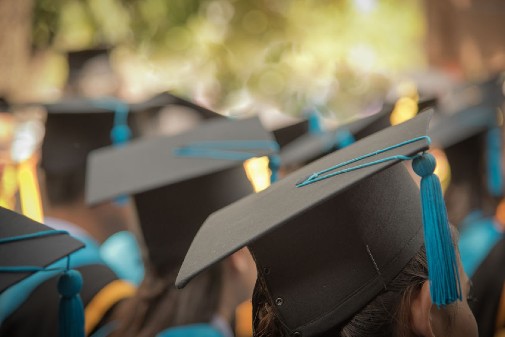 The study – by academics from the University of York  and published by the Sutton Trust -   found that the proportion of working-class graduates progressing on to a taught masters increased between 2013/14 from six per cent to 12.9 per cent in 2017/18.

Report author, Professor Paul Wakeling from the Department of Education said: “The decreasing gap in participation between working class graduates and their better-off peers, is down to the introduction of master’s loans in England in 2015.

“Before they were introduced, students had to arrange to cover the cost of tuition fees and living costs themselves.

“Whilst we welcome the introduction of postgraduate loans it should be noted that no system in the UK allows students to cover fully the cost of their postgraduate education full-time without having to get resources from elsewhere.”

The report says that in England, for example, the maximum loan available for fees and maintenance is £11,222. Yet the research finds that the average fees for a classroom based postgraduate programme at a Golden Triangle university (Oxford, Cambridge, and some top institutions in London)  is £10,898 with living costs at these institutions are around £900 per month. Fees have risen by 101 per cent since 2011, when this figure was £5,435.

Researchers also found a growing price difference between the most prestigious institutions and others. In 2020/21, the difference between the cost of study at a Golden Triangle university and other Russell Group institutions was £2,154, up from £1,027 in 2011/12. This could mean many lower-income students are put off the most prestigious masters degree courses because of their cost.

Postgraduate education has grown in the last few decades and is increasingly seen as the new frontier for social mobility. Between 1995 and 2019, the number of UK students starting a taught postgraduate course grew by 36 per cent, from 95,525 to 130,115. Those with postgraduate degrees tend to fare better in the jobs market, with graduates from master’s or doctoral degrees earning around 20 per cent more than those with undergraduate degrees only.

To ensure that postgraduate education is a lever for social mobility in the UK, the Sutton Trust is calling for further reforms to the loans system to remove remaining financial barriers.

It would also like to see the funding available better reflect the full costs of postgraduate study, with grants available for students from lower-income backgrounds.

The Trust is also recommending that universities should extend their widening access work to postgraduate level, especially at high-status institution.

Sir Peter Lampl, founder and chair of the Sutton Trust and chair of the Education Endowment Foundation, said: “As rates of postgraduate study have increased, so too has its role in promoting social mobility. But with courses costing more than £10,000 and rising rapidly, it is out of reach of many students from poorer homes, already worried by their undergraduate debt.”