A new volume of a historical dictionary revealing thousands of Yorkshire words which had been lost for centuries is being launched on Yorkshire Day (1 August). 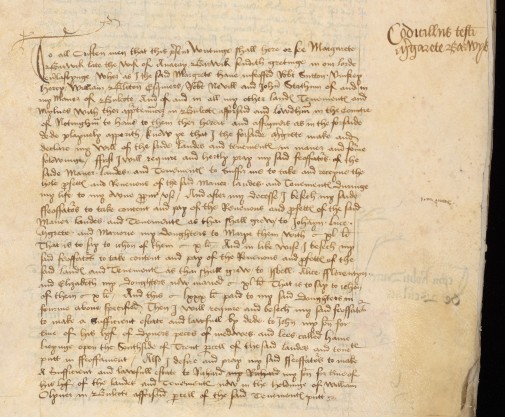 The dictionary has been edited by Alexandra Medcalf from the University of York’s Borthwick Institute.

Over a sixty-year career, Dr Redmonds collected and defined words found in the course of his archival research in Yorkshire. Some had never previously been recorded. Other words were already known, but found to be in much earlier use than historians had thought.

Dr Redmonds found a reference to 'cricket' in use in 1559 to mean foot-stool. And the dictionary contains a full explanation of the word pudding -  which meant entrails such as black pudding from 1556  - but has since evolved into having sweeter connotations.

Alexandra Medcalf said: “The Yorkshire Historical Dictionary is a fascinating record of Yorkshire's past, to be enjoyed by everyone.

“It also makes a major contribution to the study of dialect vocabulary in Britain – and it is an important tool for anyone working on Yorkshire history.”

The University works in partnership with the Yorkshire Archaeological and Historical Society to produce the dictionary.

Included in the dictionary are agricultural, industrial and coal-mining terms; words for landscape features, animals and plants; and the names of domestic objects, clothing and textiles.

Find out more about the Yorkshire Historical Dictionary here.