Children being treated for a form of leukaemia are to be given a daily dose of antibiotics as part of a six-year trial to see if it reduces severe infections. 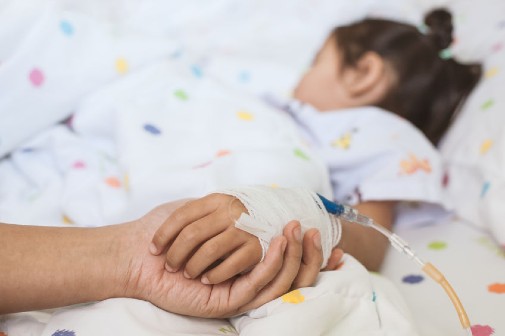 The six-year study will involve children from 20 major treatment centres across the UK.

Previous studies have shown that treating adults with a daily dose of antibiotics can reduce infections and death.

The University of York-led research will involve administering a daily dose of antibiotics to patients who are suffering from Acute Lymphoblastic Leukaemia (ALL) during the first part of chemotherapy.

Treating the cancer involves chemotherapy but this reduces the child’s ability to fight infections, which is now one of the most common causes of death and most likely to happen in the first five weeks of treatment.

Patients aged between one and 17-years-old are being given the antibiotic, Ciprofloxacin, to reduce the risk of infection.

Lead researcher, Dr Bob Phillips from the Centre for Reviews and Dissemination said: “Lots of research in cancer care is focussed, understandably, in exploring the biology of cancers and finding new ways of killing the malignancy.

“We're delighted that the National Institute for Health Research has funded this study which may have greater benefit to children with ALL as a whole than the highly advanced therapies which only apply to a handful of patients each year.

“Trials in other leukaemias, and in ALL in adults, suggest that treating with the low dose antibiotic can cut this mortality rate in half. It's unclear if this is also true in children, where the treatments used are importantly different and so this trial is really important.”

Around 550 children and young people in the UK each year are affected by ALL, and modern therapeutic approaches mean 9 out of 10 will survive. Of those who die with the disease, about half of the deaths are due to infection.

The study will also look at the impact of resistance to antibiotics and if infections respond differently when antibiotics are given daily.

Researchers will also investigate other possible effects of the antibiotic, including side effects, the amount of antibiotics children receive (including for actual infections), and the costs of the different treatments.

The six-year study will eventually involve more than 1,000 children in the 20 major treatment centres for childhood cancer from across the UK.