Most significant changes in UK air quality during lockdown have been in urban areas, new review confirms

The lockdown led to a significant drop in some pollutants in the UK’s towns and cities, mainly as a result of less traffic, a new report reveals. 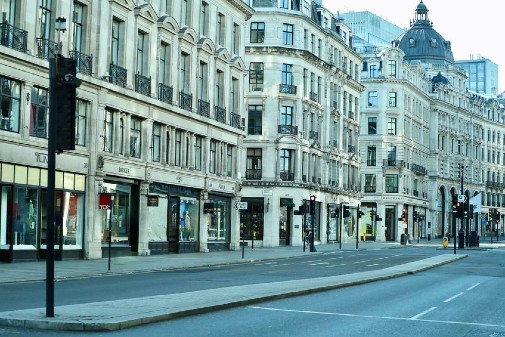 The report shows significant falls in NO2 in urban areas as people worked from home during the lockdown, reducing the number of vehicles on the streets.

Some urban areas saw a 30 to 40 per cent drop on average in nitrogen oxides (NOx) according to a comprehensive analysis of UK air quality data up to 30 April.

The evidence review, from the Government’s Air Quality Expert Group (AQEG), was led by a University of York academic and informed by research ongoing at the University.

Chair of the UK Government’s independent science advisory group on air pollution (AQEG), Professor Alastair Lewis said that long-term exposure to air pollution is associated with health conditions such as respiratory and cardiovascular disease, and these are known to be factors that can increase the risk of severe COVID-19 symptoms.

Professor Lewis who is from the Department of Chemistry and the National Centre for Atmospheric Science (NCAS) added: “Given this, it would not be surprising if there was a link between exposure to air pollution - past or present -  and the occurrence or severity of COVID-19 infection.

“Whilst several unpublished studies have examined this effect, and have reported associations with past exposure to both PM2.5 and NO2, there is currently no consensus on the pollutant responsible or the magnitude of any effect. Such studies require very careful control for confounding influences, and further work is needed before there can be confidence in their findings.”

Research from several scientists from the University of York’s Wolfson Atmospheric Chemistry Laboratories was included in the report including from  Professor James Lee and PhD student Will Drysdale who estimated changes to urban concentrations of pollution compared to previous years.  Dr David Carslaw examined the effects of weather on pollution and COVID-19 and Professor Mat Evans and PhD student Luke Fakes used computer models to test how PM2.5 and ozone had changed during lockdown . Dr Nicola Carslaw from Environment and Geography led the assessment of possible changes to indoor pollution as people were confined to their homes.

The Air Quality Expert Group (AQEG) in conjunction with Defra issued a call for scientific evidence as the UK went into lockdown in a bid to help to address seven areas of current scientific uncertainty related to the potential interactions between COVID-19 and UK air pollution. The call for evidence received more than 50 technical responses from universities, research institutes, local authorities, trade bodies and private businesses.

The report “Estimation of changes in air pollution emissions, concentrations and exposure during the COVID-19 outbreak in the UK” is published by Defra.