Professor Lee is an NCAS research fellow working in the area of atmospheric oxidants in the Wolfson Atmospheric Chemistry Laboratories (http://www.york.ac.uk/chemistry/research/wacl/).

NCAS is an NERC collaborative centre that existsto perform core strategic research into atmospheric composition, to facilitate and coordinate research in this area, and to integrate that research into relevant activities in the National Centre for Atmospheric Science (NCAS) and in NERC as a whole. Research is focused on formation, transformation and removal of aerosols, and production, transport and removal of photochemical oxidants. Research staff within NCAS perform core strategic research in the target areas identified in the Science Plan: Aerosols, Photochemical Oxidants and Urban Air Quality.

For more details on NCAS and Composition Research see: http://ncasweb.leeds.ac.uk/composition/

Poor air quality, particularly in urban areas, has a demonstrable effect on human health, but the processes responsible for producing the main pollutants, namely particulate matter, ozone, nitrogen dioxide and heat are often not well understood and are poorly predicted.  One of the most important air pollutants is NOx (the sum of NO + NO2), which is emitted largely from traffic exhausts and has direct health effects, as well as being a precursor for photochemical ozone (O3) formation, one of the major constituents of ‘smog’. Despite advances in vehicle technology over the past 10-15 years, NOx levels in the UK (especially in cities) have remained stubbornly high. In order to investigate possible reasons for this, NOx emissions were investigated by direct measurements of the NOx flux from an elevated site above central London (the BT tower) and from aircraft flights over central London (see pictures below).  These flux measurements have been compared to the emissions estimates of various UK and London centric inventories, with the inventories typically under predicting the amount of pollutant emitted.  This work will help improve these estimated emissions, which in turn should lead to improved predictions of current and future air quality and help to direct air pollution abatement strategy.

The Cape Verde Atmospheric Observatory (CVAO) is located at Calhau on a NW facing sandy beach on Sao Vicente, 16.848N, 24.871W, adjacent to the ocean (see picture below), with the prevailing trade winds blowing directly off the ocean. There are no obvious major coastal features such as extensive shallows or large seaweed beds. The Cape Verde atmospheric observatory was setup in October 2006 and has produced an almost complete 18 month dataset of O3, CO, NO, NO2, NOy, NMHC’s, oVOC’s and basic meteorology since then. Data shows a very clean environment, with airflow almost always from the clean North East sector. Back trajectories show air from Saharan Africa, coastal Africa or the North Atlantic.  Noontime levels of NO are rarely above 10pptv, with a noontime median of ~5 pptv. NO2 ranges from 5–100 pptv with a median of ~25 pptv, with clear influence of shipping traffic manifested in NO2 spikes. In such a remote environment, these trace quantities of NO and NO2 control the photochemical formation of O3. This is important as the changing level of O3 in the background troposphere impacts the ability of countries downwind to achieve their air quality standards. In the northern hemisphere, emissions of NOx are dominated by anthropogenic sources from urban or industrial regions, with little or no emission from oceanic or uninhabited areas. Oxidation of emitted NOx to nitric acid (HNO3), peroxyacetyl nitrate (PAN) and other alkyl nitrate compounds (collectively termed NOz) occurs in less than a day in the continental boundary layer, therefore NOx levels in remote regions are usually very low.  Research is going on at the CVAO to investigate whether these longer lived species can be recycled into NOx, thus affecting the O3 levels and how this could change in the future with increased emissions from Africa. 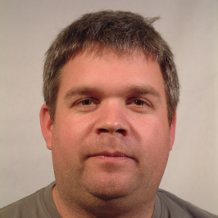