Conservation management around the margins of agriculture fail to protect butterfly species at greatest risk from the intensification of farming, a new study says. 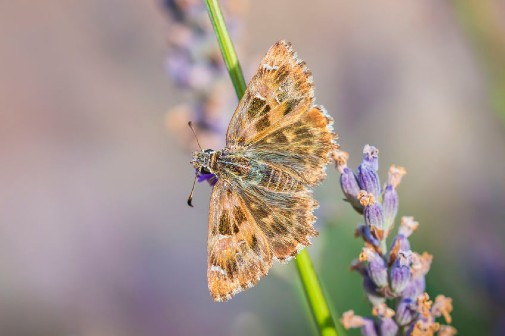 Schemes do not help rarer species like the Dingy skipper (Erynnis tages).

The research, from the University of York, says the subsidised schemes are likely to help common, more mobile grassland species like the Ringlet (Aphantopus hyperantus) or the Meadow brown (Maniola jurtina) but not rarer species like the Duke of Burgundy (Hamearis lucina) or the Dingy skipper (Erynnis tages).

Agri-environment schemes financially reward farmers managing land in ways which aim to reduce the environmental impacts of agriculture.   Common options include setting aside small areas of land out of production, including leaving grassland strips at the edges of agricultural fields.

The study examined whether these strips helped support insects including grassland butterfly populations. It used ecological models to look at whether the schemes improved butterfly survival locally and also if set aside land helped species expand their range and move across landscapes. This expansion is important so that species can move in response to climate change.

Katie Threadgill, PhD student from the Department of Biology said: “These kind of set aside schemes help mobile, common butterfly species move across landscapes but they do not help all species.

“The greatest benefits were seen in species which were either highly mobile or which live in high densities. High density species which could travel further were already successful expanders regardless of set-asides although expansion rates were still improved when set-asides were added. Overall, set-aside strips did increase rates of range expansion across landscapes by up to 100% for some species but they did not boost long term butterfly survival locally." 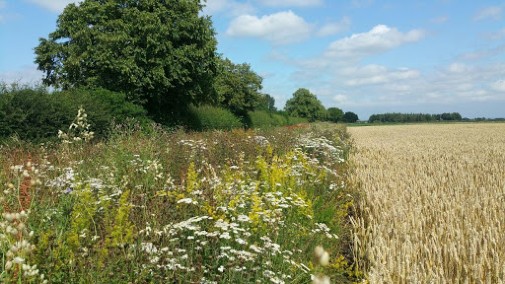 Professor Jane Hill from the Department of Biology who co-supervised the project added: “Small-scale set-asides have the potential to improve connectivity, which will help some species move to cope with climate change, and connect up habitat patches for others.”

The study concluded that set-asides are unlikely to benefit low dispersal, low density species which are probably at greatest risk from agricultural intensification.

Katie Threadgill added: “Our results suggest that small set-aside strips alone are not an appropriate solution for preventing extinctions in the long term, but can provide other benefits”