An expert in film and television production at the University of York comments on Apple's announcement that it will launch a new video and news streaming service. 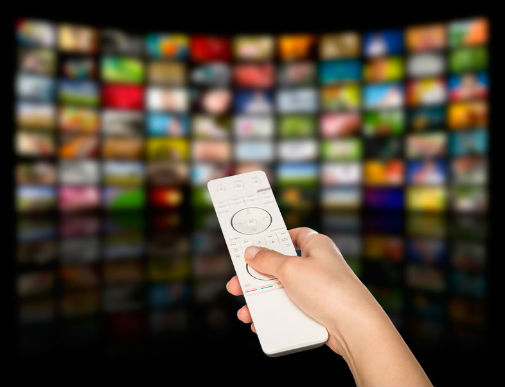 Apple have added their name to the video streaming boom

Dr Ed Braman, Programme Leader in Film and Television Production from the University of York's Department of Theatre, Television and Film (TFTV), said: “Apple has announced that it will be launching a new video streaming and news service. It was only a matter of time before a large multinational player got in on the video steaming service boom, and for Apple it was now or never.

“Apple have faced mounting criticism over the past few years for their drop in innovation; their strategy for world-class design and top content has lost focus since the death of its founder, Steve Jobs.  The announcement today could signal their return to that strategy, where fresh content delivery is back on the top of their agenda.

“Their content delivery of music has always been to a high standard but this will see them venture out into a more diverse media than they have done before, but the question will be how far are they able to go with it? Just how much of their content will be original?

“Pursuing delivery of news is an interesting move, as this is something their closest rivals, Netflix and Amazon, don’t do. Google and Facebook have also been compromised of late in their delivery of news, so there is certainly a gap in the market here to be filled.

“Apple have watched others, such as Netflix, Amazon, Disney, Warner Brothers, and ComCast, shift around the market, finding their feet, before they have ventured into the steaming space themselves, so there will be a lot that they have learnt from the successes and failures of these companies already.

“Netflix, for example, is in a potentially precarious position because they are solely reliant on the production of engaging original content, which is highly expensive to make - and they have had to borrow big to do so. Their competitor companies have a more diversified offering to draw on in that they are have a link-up with telecommunications, such is the case with ComCast or AT&T Time Warner, or they have a huge bank of historical intellectual property, such is the case with Disney who are poised to launch a major cross-market streaming service of their own this year, Disney+.

“Netflix has to keep delivering the ‘novelty factor’ in order to compete with this new giant because Apple begins from a position where their brand is already globally respected; they also have the advantage of access to the latest technologies and the company attracts some of the world’s best tech designers and innovators. It's notable that one of Apple's first hires for this new venture was the former Creative Director of Channel 4, Jay Hunt.

“So the test for Apple will be can news content separate them out from their competitors and can they commission and deliver on fresh new content that can reach audiences in the same way that Stranger Things has for Netflix for example?  Time will tell, but with big names such as Steven Spielberg already attached to a project, they are certainly coming at this new stage in their history from a strong position.”

The Department of Theatre, Television and Film is launching a new degree programme in business and creative industries.  For more information on the course click here.