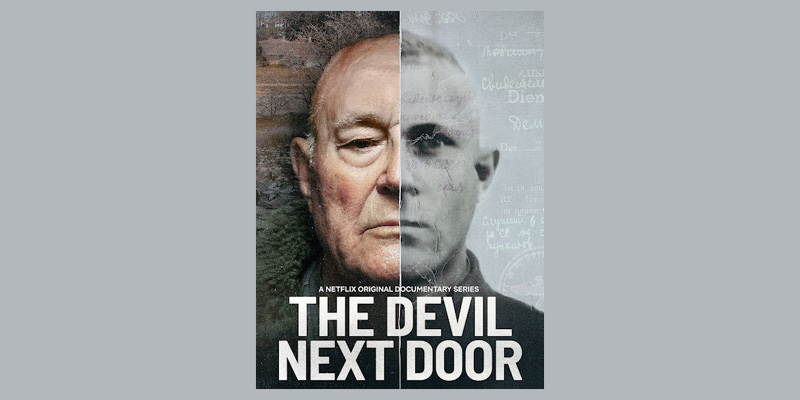 The Devil Next Door Eli Gabay

Eli Gabay was a member of the prosecution team in the historic trial of John Demjanjuk.

Famed for his prominent role in the new Netflix documentary series The Devil Next Door, Eli offers a unique insight into the challenges facing the prosecution and court during the trial.

John Demjanjuk, a retired mechanic from Cleveland, was accused of being the infamous Treblinka death camp guard 'Ivan the Terrible'. In 1986, he was deported to Israel to stand trial for war crimes and crimes against humanity.

Eli will talk about this case and will provide insight into the challenges of extraditing and prosecuting Holocaust war criminals.

In 1985, Mr. Gabay joined the State Attorney’s Office, International Section, where he participated in international and extradition cases.
In 1986, Mr. Gabay was a member of the prosecution team in the historic trial of the Nazi collaborator John Ivan Demjanjuk in Israel. Mr. Gabay also sat on the multinational Commission for the Inquiry Into the Identification of the Remains of Dr. Josef Mengele. After the Demjanjuk trial, Mr. Gabay joined the District Attorney’s Office of Jerusalem until 1990.

Upon his return to the United States, he joined the firm of Solomon and Sherman, where he has practiced civil and commercial litigation. He has served as Special Master for the Court in Philadelphia, and has attained the designation of Superlawyer, as voted by his peers. In 2010, he was awarded the Pro Bono Award from the Judges of the Philadelphia County Court of Common Pleas.

Aside from his avid interest in Holocaust Studies, Mr. Gabay is interested in Biblical Archaeology and Arabic Studies. He has served as the President of historic Congregation Mikveh Israel (founded 1740) for the past five years and is presently the Honorary Consul of Nicaragua in Philadelphia. He is married with children.