What is the most powerful thing anyone has ever said to you?

Be part of a film project to commemorate Holocaust Memorial Day. 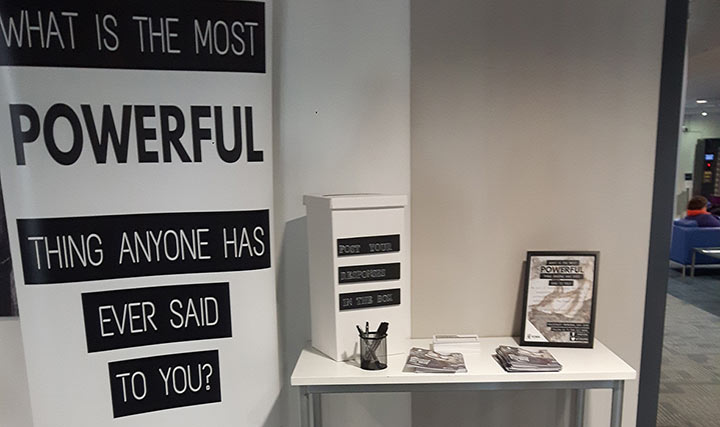 Holocaust Memorial Day (HMD) is on Saturday 27 January 2018 and the theme this time is 'The Power of Words'.

Take part in a project exploring the power of words by answering the question: what is the most powerful thing anyone has ever said to you?

Visit the stand in the library to complete an anonymous comments slip. Responses will be transformed into a powerful film to be premiered at the HMD civic event in January.