Scientists working in partnership with fishermen have stumbled upon a new way of catching scallops using underwater “disco” lights, a breakthrough that could maximise catches while reducing damage to the marine environment. 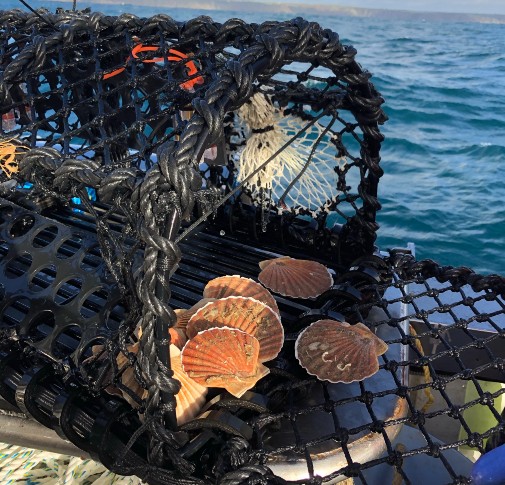 The scientists, including researchers from the University of York and Fishtek Marine, a fisheries consultancy based in Devon, discovered that scallops were drawn to illuminated pots while investigating whether lights could be used to replace fish to bait crab and lobster.

In an unexpected turn of events, the researchers found that scallops, which have over 200 tiny eyes, were as drawn to the LED-lit pots as crabs and lobsters.

Currently, most commercial scallop harvesting is carried out using dredges, a fishing method which can cause extensive harm to sensitive marine habitats and species. This discovery paves the way for  the creation of a new low-impact inshore fishery which could reduce the pressure from damaging scallop dredges.

Co-author of the research, Dr Bryce Stewart from the Department of Environment and Geography at the University of York, said: "This is one of the most exciting research findings I have been involved with in my career. We knew scallops were sensitive to light, but not that they could be attracted in this way. These findings have the potential to provide a valuable and low impact boost to inshore fisheries."

Lead author of the study Dr Rob Enever from Fishtek Marine added: “I couldn’t believe my eyes! I was sceptical that it would work, but the first time we hauled the pots and saw the scallops inside we knew we had discovered something significant. It was so exciting that I could hardly sleep for a couple of nights!”

Funding from the UK Government’s Seafood Innovation Fund and Natural England allowed further trials in which the team trialled several designs of the pots and proved the PotLight technique consistently attracts scallops. This discovery is just the beginning of an exciting work programme which, with further development, could transform commercial scallop harvesting.

With the help of local fishermen, the team is now developing two new pot designs specifically for retaining scallops attracted by the lights and is experimenting with different coloured LEDs. Each small light is powered by two rechargeable AA batteries. They are clipped inside each pot and can be used multiple times.

The study is published in the journal Fisheries Research.