Mountain ecosystems should be prioritised in biodiversity policies

More action is urgently needed to safeguard the world’s precious mountain ecosystems, according to a University of York researcher whose policy brief is being presented at this month’s United Nations Biodiversity Conference (“COP15”) in Montreal, Canada. 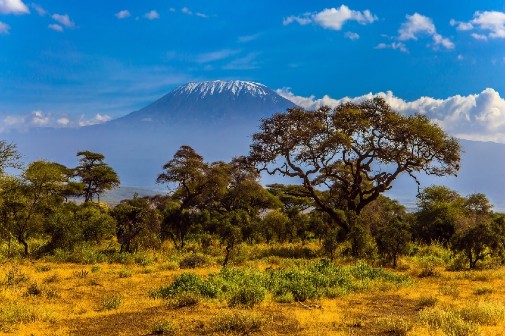 Professor Robert Marchant, from the University's Department of Environment and Geography, is calling on national governments to put mountain environments at the centre of  their climate change and biodiversity  policy efforts and actions.

The UN General Assembly named 2022 the International Year of Sustainable Mountain Development – some 20 years after the first International Year of Mountains. But while some successes have been achieved in that time, Professor Marchant says national policy simply isn’t keeping pace with land use change, development, population growth and the impacts of climate change on global mountain systems.

“Twenty years on, climates are still changing, populations are still growing, and mountain environments continue to be developed and transformed – but what hasn’t happened is any corresponding establishment of sustainable policies,” he explains.

“Government environmental and business policies are rarely joined up and we are seeing continued widespread land degradation in mountain habitats. This includes uncontrolled grazing, deforestation, or overdevelopment  - and much of it is resulting from weak policies and changing tenure laws.”

Mountains cover around a quarter of earth's land mass. They host about half the world’s biodiversity hotspots. They are a hugely important component of global water supply because they receive more rain than lowland areas, experience less evaporation at high elevations, and contain large stores of water as snow and ice.

Well-functioning mountain ecosystems are more resilient to climate extremes – they can buffer shocks such as high intensity rainstorms or prolonged dry spells – and are important stores of carbon and storehouses of biodiversity.

Despite this, mountains don’t receive the corresponding policy attention and investment from their national governments. They are particularly vulnerable to climate change and human interventions, which threaten their globally important ecosystem services.

For example, the area around Mount Kilimanjaro in Kenya is an area of high population density and rapid economic development. It has seen a major expansion in agriculture over the past twenty years, as land has been privatised and companies have realised they can drill deep boreholes in the land to extract water from the mountain’s aquifer.

Professor Marchant notes: “Once you’ve paid for that borehole, that water is a free resource to you. But these services are provided by nature – and no-one is presently paying for either the water resources or for stewardship of that land. Asking companies to pay for this kind of service, by issuing controllable permits for example,  would be a step towards treating our mountain resources with more respect.”

Professor Marchant and his co-authors are calling on countries to invest more in mountain ecosystem restoration activities, and to formulate effective climate change policies that consider the unique nature and resources of mountains. Also urgently needed is more international information sharing and data collection on mountain use, as well as better analysis of the current restoration initiatives taking place around the world.

He says: “We are hoping for some progress at COP15, but what is really needed is an international treaty or code of practice that accepts the value of our mountain ecosystems, and I suspect that is some way off.”

The brief will be presented on 13 December at the United Nations Biodiversity Conference (“COP15”) in Montreal, Canada.

‘Ecosystem restoration in the mountains’ is led by the International Centre for Integrated Mountain Development and written by contributors from the University of York, United Nations Environment Programme, Mountain Research Initiative, the Mountain Partnership Secretariat and the Food and Agriculture Organization of the United Nations.