University of York to award Honorary Degrees for 2022

Leading figures from the worlds of history, sport, media, and health are set to receive honorary degrees from the University of York this month.

The University will honour 9 leading figures.

The University confers honorary degrees to individuals who have made outstanding contributions to society.

This year’s round of honorary degrees will be awarded as part of the University's graduation ceremonies on Tuesday 3 May - Friday 6 May 2022.

This year’s honorary graduands are: 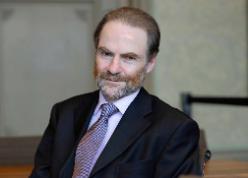 Professor Timothy Garton Ash is an author and historian. He is a Professor of European Studies at the University of Oxford, Isaiah Berlin Professorial Fellow at St Antony’s College, Oxford, and a Senior Fellow at the Hoover Institution, Stanford University. He is the author of ten books of contemporary history and political writing which have explored many facets of the history of Europe.

Sanjay Bhandari is Chair of Kick It Out, English football’s leading equality and inclusion charity. He is an active and recognised thought leader in Equality, diversity and inclusion. He was a member of the Premier League’s Equality Standard Independent Panel for four years, and is part of the Government-sponsored Parker review into the ethnic diversity of UK boards.

Violet Cannon is the Chief Executive of York Traveller's Trust. She is a Yorkshire-born Romany Gypsy, and was brought up in a traditional Gypsy family, living roadside for most of her formative years. She went on to train as a youth worker, which led to different Gypsy Traveller-specific roles including researcher, author, and becoming the inaugural chair of the Northern Network of Travelling People.

Rory Cellan-Jones is a technology journalist and author. He worked as a BBC reporter for 30 years, covering business and technology stories for much of that time. He joined the BBC as a researcher on Look North in 1981, before moving to London to work as a producer in the TV newsroom and on the programme Newsnight.

Economist Professor Diane Coyle is the Bennett Professor of Public Policy at the University of Cambridge. Diane co-directs the Bennett Institute, where she heads research under the themes of progress and productivity. Diane was awarded a CBE for her contribution to the public understanding of economics in 2018.

Surgeon Professor Stephen Leveson co-founded York Against Cancer in 1987. The charity has raised more than £20million to help improve care for cancer patients in and around the city. This has helped create a Cancer Care Centre, a Mobile Chemotherapy Unit, as well as funding for specialist clinical research nurses and oncology specialist nurses. York Against Cancer fosters collaborative research between York Hospital and The University of York.

Kate Raworth is an ecological economist focused on making economics fit for 21st century realities. She is the creator of the Doughnut of social and planetary boundaries. Her international best-selling book, Doughnut Economics: Seven Ways to Think like a 21st Century Economist, has been translated into more than 20 languages.

Lisa Unger Baskin is an historian and collector. She is an avid collector of books, manuscripts, ephemera, objects and photographs documenting women and work. The Rubenstein Rare Book and Manuscript Library described her private collection on women’s history, which has been acquired by Duke University, as “one of the largest and most significant.”

Josh is an international leader in the media and entertainment industry, with over 35 years of experience. He is the former President and Managing Director of Warner Bros. Entertainment UK, Ireland and Spain. He was appointed a Commander of the Most Excellent Order of the British Empire (CBE) in the Queen’s 2012 Birthday Honours List for services to the UK’s creative industries. Josh is non-executive Chair of The BRIT School Trust and Board Director of the Royal Academy of Dramatic Art (RADA). He also sits on the Board of Directors of Secret Cinema and was previously Chairman of the Board of Governors of the British Film Institute (BFI). Berger is a producer of Guy Ritchie’s upcoming film, The Interpreter, as well as being a producer of the Tony-award winning Broadway musical Ain't Too Proud: The Life and Times of The Temptations. He is also an executive producer of the third instalment of the Fantastic Beasts film series, Fantastic Beasts: The Secrets of Dumbledore and the BBC documentary Fantastic Beasts: A Natural History.