A study at the University of York suggests that health inequalities have been made worse during the pandemic for people who use mental health services. 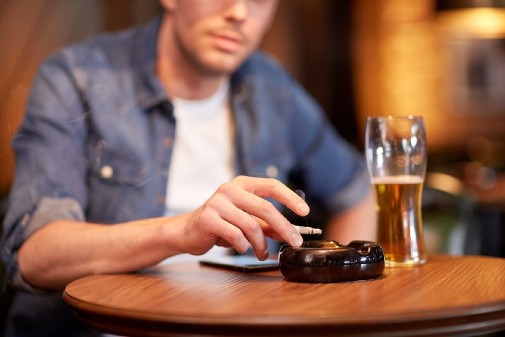 The study of more than 360 people diagnosed with severe mental ill health, from a range of demographics across England, showed that 55% of the participants who smoke were smoking more than they were before the pandemic, and 29% of those who drink alcohol were drinking more than usual.

Results from the study also showed that just under half the people who took part were doing less physical activity than they did prior to the COVID-19 restrictions. These findings were more common in younger people with severe mental ill health, and in those self-reporting of a deterioration in physical health.

Dr Emily Peckham, who led the Optimising Wellbeing in Self-isolation (OWLS) study at the University of York, said: “Our findings suggest that those with severe mental ill health, such as bipolar disorder or schizophrenia, will need targeted support over the next year, due to an increase in behaviours that could exacerbate their mental ill health further.

“With the future looking more-and-more digitised than before, we are likely to see some people feeling isolated, and so we need to recognise that different people respond differently to a changing world based on the parameters of their condition.

“What we don’t want to see is further health inequalities experienced by people with severe mental ill health compared to the general population.”

The research showed that targeted extra support, such as more funding for services, and services considering individual’s needs, will be needed for these patients over the coming year as a result of the pandemic.

These services should consider that face-to-face interaction with patients may be preferable for some people in order to mitigate against longer-term consequences of health risk behaviours linked to experiences during the pandemic, such as smoking and drinking.

The research is published in two papers in the British Journal of Psychiatry:

The Digital Divide: Amplifying health inequalities for people with severe mental ill health in the time of COVID-19