Scientists from the University of York were part of an international research team that used drone footage to study killer whales and their social networks. 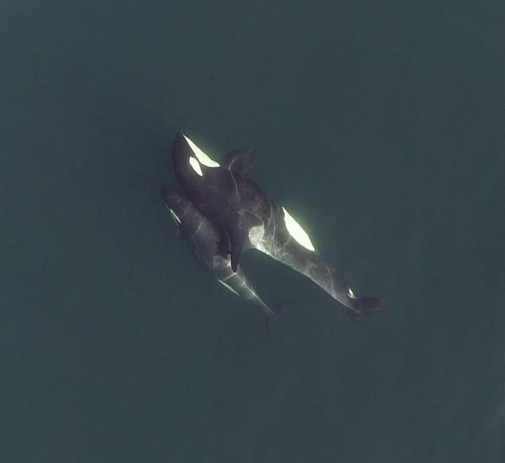 The findings indicate that killer whales spend more time interacting with certain individuals in their pod, and tend to favour those of the same sex and similar age.

The study also found that the whales appear to grow apart as they get older.

Researchers from the Universities of York, Exeter and Washington collaborated with the Centre for Whale Research (CWR) and the Institute of Biophysics on the study.

The team of researchers, including Dr Dan Franks from the University of York’s Departments of Biology and Computer Science, analysed the 651 minutes of video filmed over 10 days to determine the social structure of the group.

“We have also used drones to examine the potential impact of how respiratory diseases spread in the endangered killer whale population.”

Previously, research on killer whale social networks has relied on seeing the whales when they surface, and recording which whales were together in the same group. This approach has been useful in revealing the general matrilineal family structure of these whales.

The drone footage allowed the team to observe more detail in the social structure, such as interactions and contact between individual whales. Their findings show that, even within these tight-knit groups, whales prefer to interact with specific individuals.

Patterns of physical contact – one of the social interactions the study measured – suggested that younger whales and females play a central social role in the group.

The researchers also found that young individuals and females were the most socially central.

The new research was built on more than four decades of data collected by CWR on southern resident killer whales, a critically endangered population in the Pacific Ocean.

The study, 'Age and sex influence social interactions, but not associations, within a killer whale pod' has been published by the Royal Society.