York will commemorate Holocaust Memorial Day with a special online event featuring talks and short films reflecting on the 2021 national theme, ‘Be the light in the darkness.’ 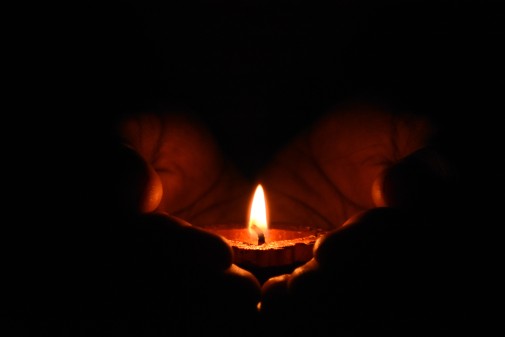 The event will be an opportunity to reflect on how we can all choose to be the ‘light in the darkness.’

Hosted by the Lord Mayor of York Cllr Janet Looker and the Vice-Chancellor of the University of York Professor Charlie Jeffery, the commemoration will consider the depths that humanity can sink to, alongside ways in which individuals and communities have resisted that darkness to ‘be the light’ before, during and after genocide and persecution.

The York Holocaust Memorial Day Civic Event Online will include short talks by the Archbishop of York Stephen Cottrell and Student Rabbi Gabriel Kanter-Webber, as well as a keynote speech by author Ariana Neumann. Ariana will reflect on the creation of the moving memoir, When Time Stopped, which describes her father’s extraordinary escape from Nazi-occupied Prague.

Taking place on Wednesday 27 January, the free event is presented by the York Holocaust Memorial Day Steering Group, the University of York and City of York Council.

Cllr Janet Looker, Lord Mayor of York, said: “Holocaust Memorial Day is an important act of commemoration bringing people from all over the world together to remember the devastation caused by the Holocaust and more recent persecutions.  As genocidal regimes continue to fracture societies by marginalising particular groups we must stand together to stop division and the spread of hatred in our society.”

Professor Charlie Jeffery, Vice-Chancellor of the University of York, said: “While we can’t meet in person, the online event will be an opportunity to stand in solidarity and to collectively reflect on how we can all choose to be the ‘light in the darkness.'

"In these difficult and turbulent times, it’s very important that we continue to mark Holocaust Memorial Day and seek to learn the lessons from the past.”

Holocaust Memorial Day was established on 27 January 2000, when representatives from 46 countries around the world met in Stockholm to discuss Holocaust education, remembrance and research. Reflecting the Stockholm Declaration commitment to preserve the memory of those who were murdered in the Holocaust, York’s commemorations would normally include a reading of seven commitments by seven people who each light a candle. This year, the commitments will be presented as part of a short closing film.