Advertising on TV and online, being offered free tobacco products and exposure to smoking in public places are the biggest drivers of tobacco use among teens in South Asia, a new study suggests. 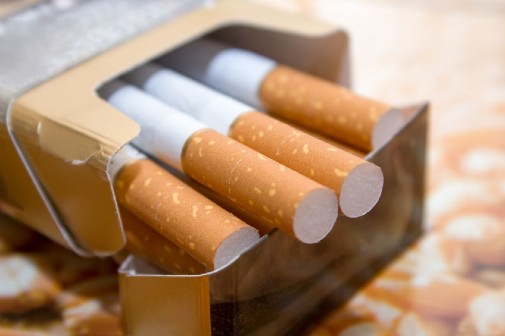 The research, led by the University of York, looked at data from Global Youth Tobacco survey on the tobacco use of just under 24,000 adolescents in Bangladesh, India, Pakistan and Sri-Lanka.

The researchers found that while bans on the sale of cigarettes to teens were linked to reduced tobacco use, anti-tobacco mass media messages were an ineffective method. Teaching adolescents about the harmful effects of tobacco at school was effective at reducing their use of smokeless tobacco, but not smoking.

The findings will make an important contribution towards informing tobacco control policies in South Asia, the authors of the study say.

Lead author of the study, Dr. Masuma Mishu from the Global Health research team in the Department of Health Sciences at the University of York, said: “Our study provides important insights on several wider environmental factors that are associated with tobacco use among adolescents in South Asia, which is backed up by robust analysis.

“The study provides a vital message for policy makers that the current form of anti-tobacco media campaigns are unlikely to work on young people in South Asia and suggests evidence on the effectiveness of being taught at school about the harmful effects of tobacco is also inconsistent.”

This study was conducted under the “Addressing Smokeless Tobacco and building Research capacity in South Asia” (ASTRA) project, funded by the NIHR. ASTRA has created a platform for an interdisciplinary group of researchers working on smokeless tobacco control and research capacity building in South Asia.

The Principal Investigator of ASTRA and co-author of the paper Professor Kamran Siddiqi, from the Department of Health Sciences at the University of York, added: “the findings of this study reveal that there is a need to strengthen and enforce bans on smoking in public places, tobacco advertising (including in electronic media), sponsorship and promotions and the sale of tobacco to and by minors, in order to eliminate pro-tobacco influences on youth and curb the tobacco epidemic in these countries.”

The predictors of smoking, smokeless tobacco and dual use in adolescents in South Asia: a secondary analysis of the Global Youth Tobacco Surveys (GYTS) is published in the Nicotine and Tobacco Research journal.