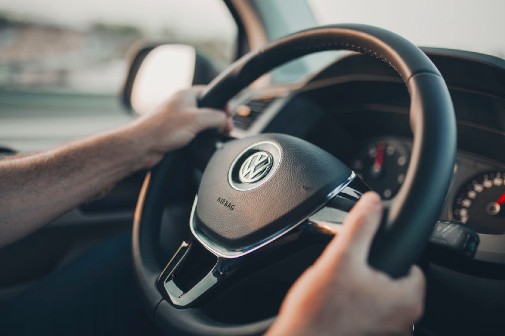 A team from the University of York carried out the research on 23,000 VW vehicles in the UK and discovered that the retrofitted engines were emitting up to a third less harmful nitrogen oxides (NOx) in everyday use than engines with the original software dating from 2015.

In what became known as the “Dieselgate scandal” VW admitted 11 million cars worldwide - including 1.2 million in the UK - had been fitted with software that reduced readings of emissions in tests.

Dr Stuart Grange, from the Wolfson Atmospheric Chemistry Laboratories (WACL) in the University of York’s Department of Chemistry led a team which used a special instrument to examine the exhaust plumes of the cars.  They analysed the levels of NOx and Carbon dioxide (CO2) between May 2012 and April 2018 - before and after the scandal.

Researchers say they were able to demonstrate independently the success rate of retrofitting in these types of situations and this work shows how independent scientific research can track emissions without being given access to all the vehicle details centrally by the manufacturer.

At each measurement, the vehicle's registration number was also registered and the vehicle data were retrieved from the British registration database MVRIS (Motor Vehicle Registration Information System). Among the 23,000 correctly measured exhaust plumes, the team recorded 4053 times the emissions of the VW EA 189 diesel engine, which formed the basis for the analysis.

Dr Grange, who is now based at Empa (Swiss Federal Laboratories for Materials, Sciences and Technology), said: “The results of the measurements show a clear effect: NOx emissions from the small 1.6-litre engines of the EA 189 series had decreased by more than 36 per cent. VW had offered software and hardware retrofitting for this engine.  In addition to updating the engine software, a small supplementary component was installed in the engine's intake duct, allowing the air mass sensor to work more precisely.

“For the larger 2.0-litre engine of the EA 189 series only the software was modified. Here the measured NOx emissions fell by an average of almost 22 per cent. In the UK, the retrofitting of the engines was voluntary and was only carried out by around 70 per cent of VW owners. This means that a certain number of diesel engines that had not been retrofitted also passed the measuring device, thus worsening the average value.”

The study showed the results were significantly worse for commercial vehicles with EA 189 engines   like the VW Caddy and VW Van.  The NOx values for the 1.6-litre diesel were just 22 per cent better than before, and for the 2.0-litre diesel they were 53 per cent worse. The researchers believed this may be because fewer commercial vehicle operators had voluntarily carried out the retrofitting.

The research also showed that the EU's NOx limits are still being violated in many European cities and that depending on the EU country, between 30 and 90 percent of affected engines have been retrofitted.