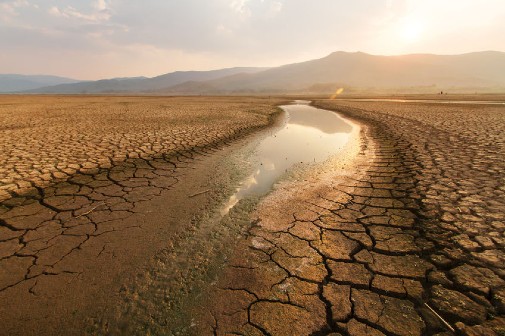 The study bridges a gulf between experts over what level of climate action is best, economically speaking.

The authors of the study are calling for more stringent climate policies to avoid leaving an unfairly high burden of climate impact to the next generation.

In 2018 the Intergovernmental Panel on Climate Change (IPCC) published a report commissioned by the UN which recommended limiting global warming to below two degrees. On the same day, William Nordhaus was awarded the Nobel Prize in Economics for his Dynamic Integrated Climate-Economy (DICE) model, which found 3.5 degrees of warming by 2100 would be the economically optimal outcome.

For the new study, an international team of scientists, led by the Potsdam Institute and involving the University of York, updated the DICE model with the latest data and insights from both climate science and economics.

They found that limiting global warming to below two degrees does in fact strike an economically optimal balance between future climate damages and the cost of taking action on the climate today.

Co-author of the study, Professor Mark Freeman from the University of York Management School said: “Achieving consensus on this issue is so important because life on earth with 3.5 degrees of warming is likely to be fundamentally different to life with two degrees or 1.5 degrees of warming.

“Our study essentially performed a ‘re-tuning’ of the DICE model to incorporate all the latest climate science and economic analysis. In this updated version we found that the UN’s target of below two degrees does indeed look economically optimal.

“The economics now backs up the politics and this should help justify the difficult decisions that need to be taken with some urgency by the international community.”

In order to limit warming to less than two degrees, the study suggests the price of CO2 – the cost applied to carbon pollution (normally in the form of a carbon tax) to encourage polluters to reduce the amount of greenhouse gases they emit into the atmosphere – should be more than USD 100 per ton, much higher than the levels currently implemented by most governments.

The updates the researchers made to the original DICE model include new evidence on the science of the carbon cycle, a recalibration of estimated future temperature changes, an adjustment of the model’s assessment of how heavily future changes in the climate will impact the world economy, and new evidence on assumptions in the model’s social discount rate (how to strike a balance between the interests of current and future generations based on a broad range of expert recommendations).

This was complemented by revised assumptions regarding non-CO2 greenhouse gas emissions, negative emission technologies, and constraints on the feasible speed of decarbonisation.

Martin Hänsel, lead author and researcher at the Potsdam Institute for Climate Impact Research, said: “We essentially unpackaged Nordhaus’ model, checked it thoroughly, and made some key updates based on most recent findings from the latest climate science and economic analysis. We found that results from the updated version are in fact in good agreement with the Paris 2°C limit for global warming”