A specialist in 17th century theatre at the University of York is Expert Advisor to the new Royal Shakespeare Company (RSC) production of John Vanbrugh’s The Provoked Wife. 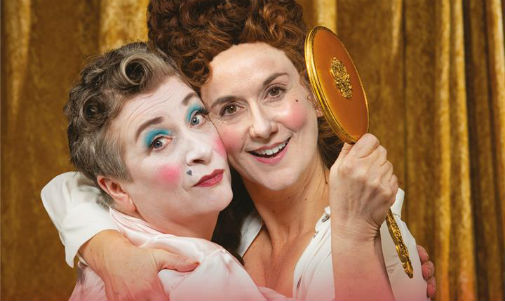 The Provoked Wife can be seen at the Swan Theatre

The 1697 comedy play is led by actors Jonathan Slinger and Alexandra Gilbreath, with Caroline Quentin and Rufus Hound.

Vanbrugh was a well known playwright, as well as one of Britain’s most acclaimed architects, who designed Blenheim Palace and Castle Howard.

Professor Michael Cordner, from the University of York’s Department of Theatre, Television and Film, advised the director throughout the production’s preparation and rehearsal periods.  He explained the play’s political and religious contexts, explored the demands it places on its actors, and was present in rehearsals to work on details of interpretation and staging.

Professor Cordner said: “Vanbrugh is a playwright of great accomplishment and radical vision. His play scrutinises satirically the contemporary state of marriage, in ways which conservative contemporaries found offensive.

“He writes some of the most brilliant and searching dialogue in all of English comedy, and the director and cast have delighted in discovering the sustained vitality of the script.

“They are also confident that the play will speak directly to modern audiences in its compassionate, but hard-headed, view of this most intimate of human relationships.”

The play focuses on the loveless marriage of Lady Brute and her drunk and abusive husband.  His treatment of her leads her to contemplate having an affair, with complex and turbulent consequences for both of them.

Professor Cordner has edited Vanbrugh’s plays and directed a production of The Provoked Wife at the Department of Theatre, Film and Television. He will give a public lecture on the play for the RSC in August and has written a programme article for the production.

The play can be seen at the Swan Theatre, Stratford-Upon-Avon, until 7 September 2019. For ticket information, visit: https://www.rsc.org.uk/the-provoked-wife/

The film of the TFTV production of The Provoked Wife, along with four of Professor Cordner's other stagings of seventeenth-century comedies, can be viewed here.