Pathogen-specific viruses can be successfully used to fight a disease that decimates some of the world’s major food crops, a new study has found. 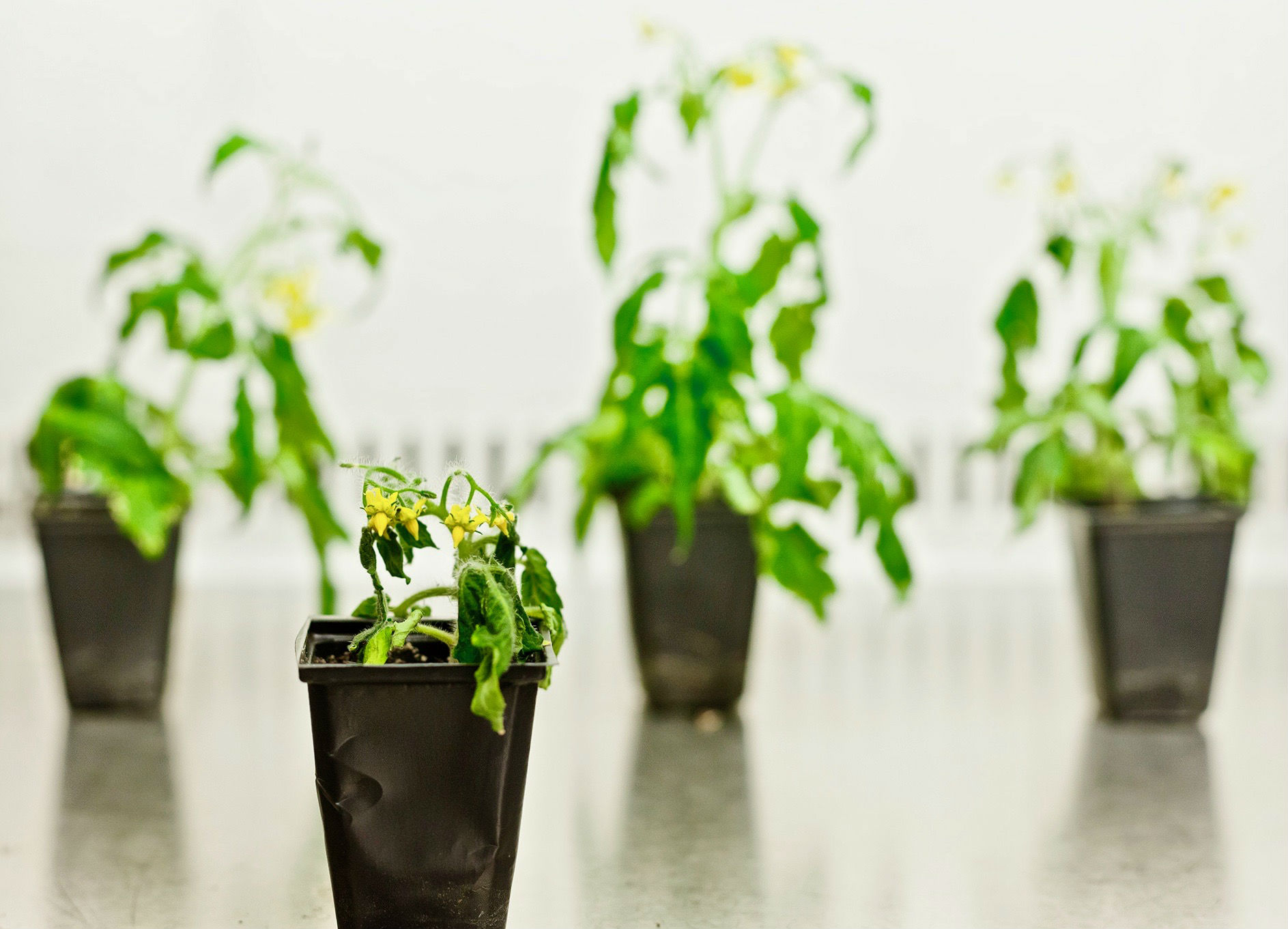 Bacterial wilt disease caused by Ralstonia solanacearum bacterium affects several plants including tomatoes, potatoes and banana. There is currently no efficient method of control and as a result the disease causes major economic losses.

The research team led by the University of York and Nanjing Agricultural University investigated the role of pathogen-specific viruses called phages in controlling the notorious pathogen. Their research showed that using phages in specific combinations reduced the incidence of disease by up to 80 per cent.

Dr Ville Friman from the Department of Biology says: “Phages were used to treat bacterial infections before the invention of antibiotics and they are known to be very effective. They are also a crucial part of natural microbiomes and often highly specific making them ideal ‘weapons’ to solely target the pathogenic bacterium leaving beneficial microbes unharmed”.

To study if phages could be used to control plant pathogenic R. solanacearum bacterium, the scientists set up a laboratory, greenhouse and field studies to test the efficacy of phage combinations in the tomato plant and the soil in which they were growing. Their experiments showed that phages were very specific and did not cause collateral damage to non-pathogenic bacteria. However, to achieve good biological control efficiency, it was essential to apply phages in combinations.
Dr Friman added: “We found that phages controlled disease outbreaks via two mechanisms. First, by killing and reducing the relative abundance of the pathogen, and second, by selecting for phage resistant but slow-growing pathogen genotypes that showed reduced competitiveness. Using phages in combination magnified the effects of both mechanisms leading to up to 80% reduction in disease incidence. High biocontrol efficiency was also partly driven by changes in the composition of the wider microbiome.

Resistance
“Reduction in the pathogen abundances correlated with an increase in bacterial taxa that showed antagonism towards the pathogen. Phages thus triggered a downward spiral to the pathogen by selecting for reduced growth in the face of intensified competition with other bacteria. Our results suggest that phages could be used as a precision tool to engineer the composition of rhizosphere microbiomes by selectively targeting pathogens. Furthermore, phage resistance evolution might be a lesser problem if we use phages that impose strong evolutionary trade-offs to the pathogen”.

Dr Friman is currently developing and testing phage inoculants for crop production as a part of international collaboration with Chinese and Indonesian researchers, which is funded by Global Challenges Research Fund and The Royal Society Challenge-Led Research grant.

The research is published in Nature Biotechnology