Non-native plants are providing new homes for Britain’s insects - some of which are rare on native plants, a new study has found. 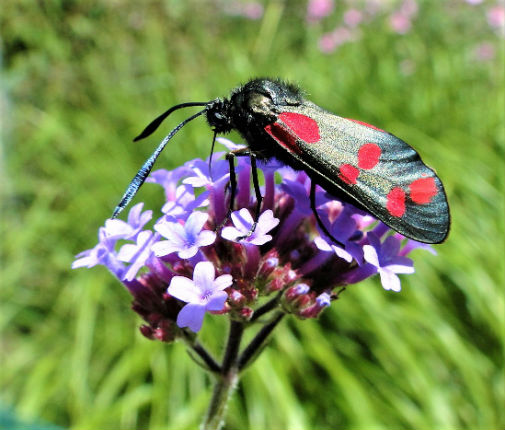 Researchers at the University of York discovered that foreign plants - often found in our gardens and parks – were supporting communities of British insects, including pollinators like butterflies, bees and hoverflies as well as beetles, bugs, and earwigs. For example, native Loosestrife weevils were commonly found consuming the non-native European wand loosestrife, and solitary bees were found visiting the flowers of non-native agave-leaved sea holly plants.

Lead author PhD student Roberto Padovani, from the Department of Biology, said: “We are rapidly altering the face of our planet, and creating more and more man-made habitats which are providing unexpected homes for nature, and in this case, it is foreign plants supporting the UK’s insect communities.”

“It was fascinating to observe the diversity of insects on non-native plants, from pollinators to bugs like crickets and lacewings and beetles like ladybirds and weevils.”

Professor Chris Thomas, Director of the Leverhulme Centre for Anthropocene Biodiversity at York and one of the co-authors, added: “The movement of plants into new regions has been a defining feature of the past few centuries, and non-native plants are now present in very high numbers in most countries across the globe.”

“This trend is almost certain to continue, and so it is vital that we understand the processes that determine how insects associate with these non-native plants.”

The work represents a collaboration between the University of York, the UK Centre for Ecology and Hydrology, and the Royal Horticultural Society. They observed that insects were associated with both native and non-native garden plants in a highly controlled experiment that ran for six years. They additionally tested the data within a national-scale database that details a century of insects associating with plants in the UK.

The largest numbers of insect species were found on non-native plants that are closely related to native British plants, and on plants which today grow over a larger geographical area, and hence have become more fully integrated into the British flora.

Not surprisingly, the greatest numbers and diversity of insects were typically found on native plant species. However, non-native plants supported unique communities of British insects, including many species that were rare on native plants.

The paper is published in Global Change Biology