Scientists discover how cancer cells regenerate in the prostate

Scientists have discovered a mechanism by which cancer cells in the prostate can regenerate following radiotherapy – paving the way for improved prostate cancer treatment. 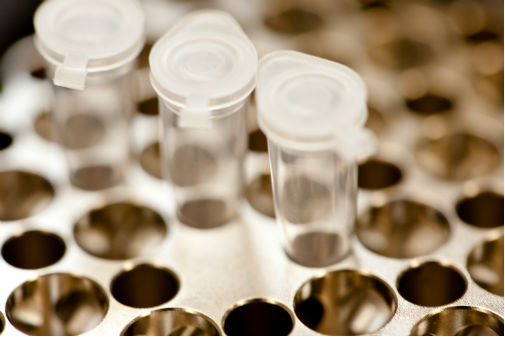 Treating patients with an inhibitor of Notch in addition to radiotherapy would improve prostate cancer treatment, the researchers say.

The study, carried out by researchers and the University of York and funded by York Against Cancer, identified signals which can prompt cancer cells to grow again immediately after plasma therapy or radiotherapy - causing the treatments to fail.

The scientists, from the Department of Biology and the York Plasma Institute, discovered that while most cancer cells were likely to be killed off by treatment, cell signals within a process known as the ‘Notch response’ can kick-start growth in a small number of cancer stem cells, resulting in regeneration of both cancer and normal tissues.

Treating patients with an inhibitor of Notch in addition to radiotherapy would prevent cancer cells from re-growing, the researchers say.

Prostate cancer is the most common male cancer in the UK - one in eight men will get it in their lifetime.

Professor Norman Maitland, from the Department of Biology at the University of York, said: “The strong response we observed was due to the powerful cellular function called Notch. It was present in both normal and cancer cells and it’s how a cell population can regenerate itself after radiotherapy.

“Radiotherapy and, potentially, Low Temperature Plasma are really effective ways to kill cancer cells. The problem always is that a proportion of the cancers relapse. By unpicking the responses of cells from men with prostate cancer in Yorkshire we have unearthed a solution.

“The implication is that if you were able to treat cells with both an inhibitor of Notch and radiotherapy you would stop the regenerating response. That’s precisely what we were able to do - it is an important piece of research and that one that I am particularly proud to have been involved in during my 28-year career in York.”

The research may pave the way for clinical trials, which could take place more quickly than usual because the drugs used in the lab tests are chemotherapy agents already approved for use in humans.

Professor Maitland said that while the research had concentrated on prostate cancer cells, it could also have ramifications for other common cancers such as breast cancer, although a slightly different response had resulted from research on breast cancer cells.

The study was funded by York Against Cancer in addition to the Engineering and Physical Sciences Research Council, Prostate Cancer UK and Cancer Research Technology. The research was carried out in collaboration with Dr John Packer from the Department of Biology and Dr Deborah O’Connell from the York Plasma Institute.