Art historians at the University of York have co-curated a major new exhibition and co-edited a book on how John Ruskin’s views on the natural world and environmental change were influenced by the celebrated artist JMW Turner. 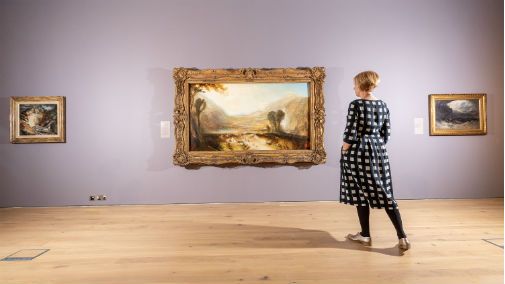 Co-curator, Suzanne Fagence Cooper, with some of the art on display at the exhibit

John Ruskin, a renowned art critic and writer, spoke passionately about an encroaching ‘Storm Cloud’ in a lecture at the London Institution in 1884. Drawing on many years’ observation, Ruskin’s vision of a darkening sky revealed his deep concern about the negative environmental impact of modern industrial methods.

The scientific community of the time, however, were unimpressed by Ruskin’s theories, which pointed to environmental phenomena that contemporary instruments could not measure. 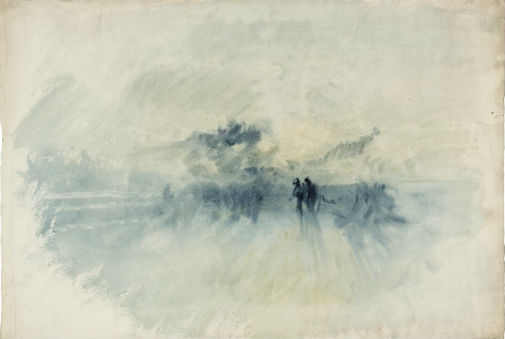 In preparation for the exhibition at York Art Gallery, researchers brought together art historians, scientists and artists to reconsider the environmental implications of Ruskin’s lifelong creative engagement with Turner’s work.

Dr Richard Johns, from the University of York’s Department of History of Art and co-curator of the ‘Ruskin, Turner, and The Storm Cloud’ exhibition, said: “Taking Ruskin’s ‘Storm Cloud’ as a point of departure, this new exhibition explores the importance of the work of JMW Turner for Ruskin’s understanding of the natural world.

"With Turner’s vibrant landscapes running through his mind, Ruskin encouraged his audiences to pay close attention to the world around them, and to consider the impact of human actions on the environment at a local and global level.

“The exhibition also explores Ruskin’s struggles with mental health, which came to have a profound effect on the way he interpreted the world around him." 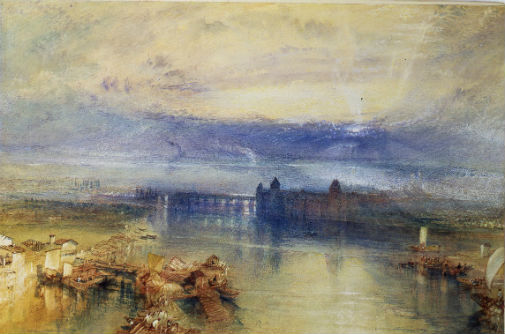 The exhibition includes a new large-scale work by Royal Academician Emma Stibbon, specially commissioned for the show and shown in York for the first time.

A new book will be published to accompany the exhibition, edited by Dr Johns and Honorary Visiting Fellow at the University of York and co-curator of the exhibition, Dr Suzanne Fagence Cooper, which includes a collection of essays on Ruskin and Turner from scientists and artists, including the British actor Timothy Spall, who played JMW Turner in the critically acclaimed film, Mr. Turner.

The book charts how Ruskin was observing changing weather patterns and the impacts of new industry, and the various ways that Turner’s depictions of sunrises, mountains, and storms made him the ideal ‘Modern Painter’ to help Ruskin articulate his deepest concerns for the world. 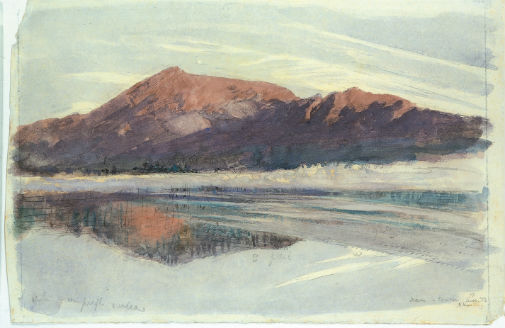 A watercolour painting by John Ruskin of Coniston Lake (1873)

Dr John’s said: “Rather than present Ruskin’s art and writing as a prophecy of climate change as now understood, the exhibition foregrounds the broader relevance of his environmental way of looking.

“Throughout his life Ruskin demonstrated the value of close observation, critical thinking and a willingness to be outspoken.”

The exhibition, ‘Ruskin, Turner and The Storm Cloud’, opens at York Art Gallery on Friday, 29 March 2019.