Researchers at the University of York have developed a new way to safely remove a blood-thinning drug used during surgery that can lead to harmful side-effects in recovering patients. 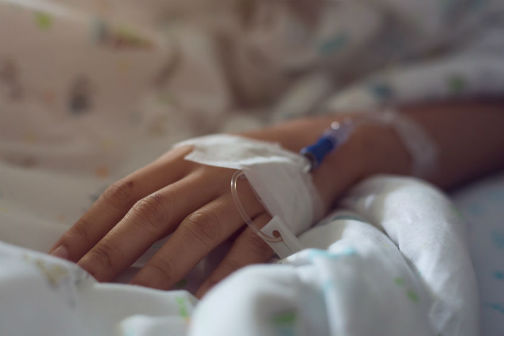 Protamine medication can have adverse effects on patients.

Heparin is a drug used during major surgery for blood-thinning, however, once surgery is complete, the heparin must be removed so clotting, and healing, can begin.

This is currently achieved using a medication called protamine, which binds to heparin and removes it from the bloodstream. The protamine protein can, however, have adverse effects on patients and it must be used with caution.

Researchers at the Universities of York, Trieste, Valencia, and the Universitat Jaume I, investigated whether a synthetic version of protamine could do the same job, reducing the potentially harmful side-effects.

Professor David Smith, from the University of York’s Department of Chemistry, said: “The problem in the past with creating a synthetic version of protamine is getting it to bind with heparin effectively and safely.

“Heparin is a very large molecule, so if you use small molecules to bind to it, they can struggle to do this effectively due to the mismatch in size.  However, you don’t necessarily want to use large synthetic molecules, because these can linger in the body and cause toxic side-effects.”

To side-step some of these issues, the team developed small synthetic molecules that assembled into a larger structure.  This combined the advantage of the larger molecules binding ability, but with the added benefit of being able to disassemble into small parts, thus reducing the likelihood of toxic side-effects.

They found, however, that once tested in human blood serum, the assembly of their initial molecules broke apart too quickly to usefully remove heparin molecules from the system.

Professor Smith said: “This was another hurdle to overcome.  How do we stop the assembly of small molecules breaking apart before the heparin is removed from the body?

“We decided to change the ‘molecular glue’ that stuck our assembly together. This created a much more stable structure and enhanced the binding to heparin in the complex biological environment.

“Our goal now is to test this in model systems, and in the longer term move it towards clinical use, putting the right tools in the hands of teams responsible for surgery and making recovery for patients much safer and predictable.”

The research is published in Biomaterials Science.