Academics and campaigners will be speaking at a conference hosted by York Law School (18 November) as part of a global day of action to promote climate justice on air pollution. 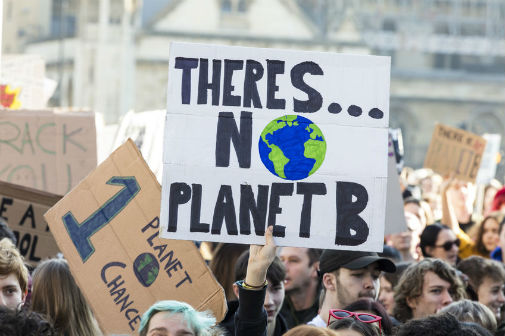 More than 40 university law clinics around the world have signed up to take part in the day which has been led by the York Law School.

The student clinics - which provide free legal advice to the public - are hosting events that focus on tackling air pollution.

The event at the University of York includes a series of short presentations and discussion groups focusing on different aspects of air pollution including indoor pollution, urban air quality and pollution caused by car engines left idling.

Prof Alastair Lewis from the Department of Atmospheric Chemistry and the National Centre for Atmospheric Science will be speaking at the event and will be joined by environment campaigners and PhD students from several departments. They will also be joined by law students from the University of Maastricht, with whom the University of York has recently forged new research partnerships.

At the end of the event the student law clinic will be available for those who require support and there will also be an opportunity for people to propose further action.

Stephen Levett, Director of Professional Practice at York Law School, said: “We felt quite strongly that the symbolism of law clinics coming together on a single issue on a single day was what was most important.  We chose the issue of air pollution as it’s both a local and global problem and a subject that unites so many countries around the world.

“The day of action at the University of York will be an informal opportunity for people from different backgrounds and academic areas to get together to share their understanding and perspectives on one aspect of the climate crisis.

“It is thrilling to know that we have climate scientists talking to student lawyers talking to economists, local government officials and activists. I am also delighted that we will be joined by a small delegation of law students from the University of Maastricht adding to the international flavour of the event. The idea is first to inform ourselves and then to see what we want to do next."

Organisers are also asking law clinics to sign a pledge recognising the need to make climate justice an explicit part of their overall social justice mission.

The free event is being held at the Law and Management Building, Campus East on 18 November from 4.30pm to 7.30pm. It is open to all and you can register here