An expert in atmospheric chemistry from the University of York reacts to the Government’s new plans to tackle air pollution. 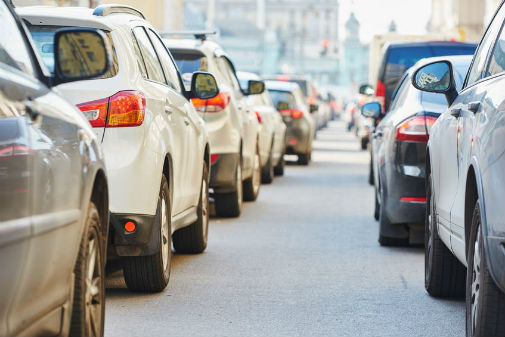 The national strategy for reducing road transport emissions is likely to be ultimately effective.

Professor Alastair Lewis from the Department of Chemistry said: “The wide range of simultaneous actions being proposed, and sectors and pollutants being targeted, is a reflection that further improving air quality in the U.K. is getting harder and harder, now the big industrial and combustion sources are under control.

“Whilst road transport emissions remain a critical source of pollution in U.K. cities they are on a gradual downwards trajectory for both NOx and PM.  The rate of adoption of electric vehicles may be proceeding only slowly, and uncertainty remains over their non-exhaust emissions, however the national strategy for reducing road transport emissions is likely to be ultimately effective, if a somewhat lengthy and drawn out process over two decades.

“Whilst road transport has already seen recent reductions in emissions, domestic and agricultural releases of air pollution stand apart and have quietly been increasing in recent years.  Greater use of fertilisers, popularity of wood burners, and the use of solvents in the home now make up a substantial fraction of national emissions, although they have received far less publicity.  We don’t yet think of our homes or food as a source of air pollution in the same way we do our cars, but we should do.

“The emphasis placed on reducing ammonia and volatile organic compounds reflects the multiple benefits that would likely accrue if emissions declined.  Less ammonia and NMVOC (Non-Methane Volatile Organic Compounds) would mean less PM2.5 and ozone being formed outdoors, less damage to plants and crops, and would lead to lower personal exposures to pollution indoors as well.

“The adoption of the WHO targets as an aspiration is highly laudable, and sets the U.K. apart in the scale of its ambition.  The full evidence on reductions needed to attain the tougher WHO 10 microgram/m3 guidelines for PM2.5 is to be published later, but one would anticipate that there are likely to be some urban areas of the U.K. where this could be close to impossible to achieve.  Explaining to those living in the centre of our biggest cities that perhaps the target will never be met where they live will be a unenviable job.  Even in a fully electrified future, a city centre combination of PM from transport friction, from dust, from construction, from cooking, and even from natural sources may, in combination bust the limit.”