An expert in 15th and 16th Century Italian art at the University of York comments on the nationwide exhibitions of Leonardo Da Vinci’s drawings to mark the world-famous artist’s death, 500 years ago. 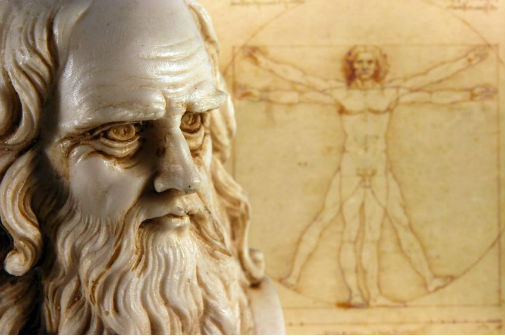 Exhibitions of Da Vinci's drawings can be seen at exhibitions around the country, including Sheffield, Leeds, Manchester, and Liverpool

Professor Amanda Lillie, from the University of York’s, Department of History of Art, said: “The Head Curator of Drawings at Windsor - Martin Clayton – chose to display Leonardo Da Vinci’s drawings right across the UK and in cities or towns that might never have had a Leonardo in them before.

“His idea was that no-one in the UK should be more than 50 miles from a Leonardo during in the 500th anniversary year of his death. It is also important for the Royal Collections that the Queen's works be seen to be available to the nation.

“Leonardo used drawing as an investigative tool, forensically examining and re-examining things through the act of drawing.

“It is as though the pen or chalk or metal point became a type of probe to achieve a deeper understanding of a rock, a plant, a human body, a building, a topographical view, or a war machine.

“The immediacy and spontaneity of drawing were the ideal medium for Leonardo to capture ephemera or intangible phenomena such as clouds, winds, eddies of water at the bend of a river, an earthquake, a deluge, or the effect of atmosphere on a view of distant mountains.

“Looking at the extraordinary range of his drawings we are amazed at how his draftsmanship turned a map, or a blood vessel, or a hurried sketch of a cat into something beautiful.”

To find the nearest exhibition to where you live click here.