York researcher charts the emergence of loneliness as a modern emotion

Loneliness is a product of modern ways of thinking about the self and society, according to a new study. 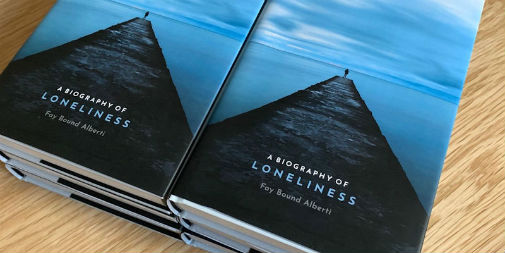 The claim is one of the central ideas in a new book by Dr Fay Bound Alberti, from the Department of History at the University of York. The book argues that we can only begin to address the modern ‘epidemic’ of loneliness by exploring its history.

Social media and ill health are often cited among the reasons why loneliness is ubiquitous in 21st century life, but Dr Bound Alberti claims that loneliness is more complex than much of the current analysis suggests.

Tracing its history through letters and diaries, philosophical tracts, political discussions, and medical literature from the eighteenth century to the present, Dr Bound Alberti shows how the birth of loneliness is linked to the development of modernity. It is connected to the all-encompassing ideology of the individual that has emerged in the mind and physical sciences, in economic structures and in philosophy and politics.

Dr Bound Alberti said: “Before 1800, the English word “loneliness” did not exist. People lived in small communities, they tended to believe in God (which meant they were never really alone, even when they were physically isolated), and there was a philosophical concept of the community as a source of common good. There was no need for a language of loneliness.

“The modern, existential angst of feeling alone couldn’t exist, because the modern “individual” didn’t emerge until the 19th century, with industrialisation in the west and the creation of philosophical and political systems focusing on individualism.”

The book explores how loneliness impacts on people differently, according to their gender, ethnicity, religion, outlook, and socio-economic position.

Dr Bound Alberti argues that loneliness is not a single state but an 'emotion cluster', composed of a wide variety of responses that include fear, anger, resentment and sorrow. It is physical as well as psychological -- loneliness is a product of the body as much as the mind.

“We are social beings who thrive on physical, mental, emotional and even spiritual connection”, Dr Bound Alberti added. “The answer to loneliness, history suggests, does not lie in talking about it, but moving through it; in finding connectedness that works with the body as much as the mind.”

A Biography of Loneliness is published by Oxford University Press and is launched at an event on Wednesday 13 November 2019.