E-cigarettes are almost twice as effective as nicotine replacement treatments, such as patches and gum, at helping smokers to quit, according to a new clinical trial. 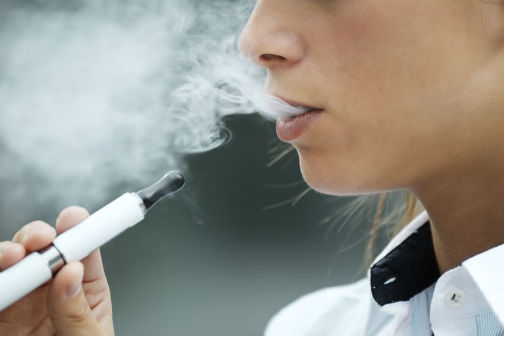 The multi-centre trial, which involved almost 900 smokers who also received additional behavioural support, found that 18 per cent of e-cigarette users were smoke-free after a year, compared to almost 10 per cent of participants who were using other nicotine replacement therapies.

The study, a collaboration between the University of York, Queen Mary University of London, London South Bank University, and Kings College London, was set-up to test the long-term efficacy of newer refillable e-cigarettes compared with a range of nicotine replacement treatments.

More than 880 smokers attended UK National Health Service stop smoking services and were randomised to receive either a nicotine replacement treatment or an e-cigarette starter pack with one or two bottles of e-liquid, and encouragement to buy future supplies of their own choice of strengths and flavours.

Steve Parrott, Reader in Health Economics at the University of York, said: “The study provides strong evidence that e-cigarettes offer an effective means in helping smokers to quit smoking.

“The trial shows that smokers are more likely to quit smoking when using e-cigarettes compared to the traditional nicotine replacement therapies and highlights the huge potential for e-cigarettes in smoking cessation.

“In the long term this will improve long term health and potentially save the NHS future expense in treating the diseases caused by smoking."

The study saw a stronger e-cigarette effect than in previous trials, and the researchers say this could be due to the inclusion of smokers who were seeking help, the provision of face-to-face support, and the use of refillable e-cigarettes for which smokers sourced their own choice of e-liquids.

Researchers say that the reason e-cigarettes were found to be more effective than other nicotine replacement therapies could be primarily because they allow better tailoring of nicotine dose to individual needs, but also because they provide some of the behavioural aspects of smoking cigarettes.

Lead researcher Professor Peter Hajek, Director of the Health and Lifestyle Research Unit at Queen Mary's Wolfson Institute of Preventive Medicine, said: “Although a large number of smokers report that they have quit smoking successfully with the help of e-cigarettes, health professionals have been reluctant to recommend their use because of the lack of clear evidence from randomised controlled trials. This is now likely to change.”

The findings do not relate to smokers who are less dependent, or to first generation ‘cig-a-like’ e-cigarettes, and further trials are needed to determine whether the results apply to outside of UK services.

Professor Simon Gilbody, Director of the Mental Health and Addictions Research Group at York, said: "Smoking is the leading avoidable cause of early death and poor health. It is important to ensure that the issue of cost effectiveness and value for money are highlighted as part of study in this area."

The study was funded by the National Institute for Health Research, supported by Cancer Research UK, and published in the New England Journal of Medicine.