Climate change is already damaging the health of the world’s children and is set to have lifelong health consequences for future generations, according to a new report. 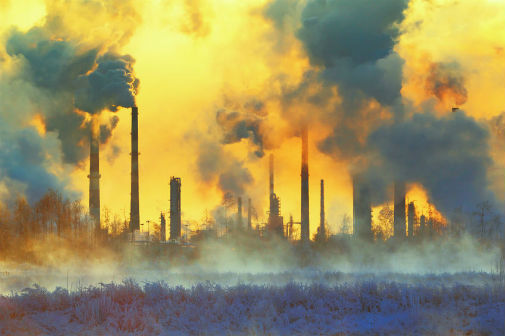 The authors of the report are calling for the health impact of climate to be at the forefront of the agenda at the UN Climate Conference next month.

The Lancet Countdown on Health and Climate Change has found that, if carbon emissions and climate change continue at the current rate, a child born today will face a world on average 4˚C warmer by their 71st birthday, threatening their health at every stage of their lives.

The findings of the report, which is a collaboration between 120 experts from 35 institutions including the University of York, highlight the ways in which climate change is set to shape the wellbeing of an entire generation.

Key areas of concern include:

The authors of the research are calling for the health impact of climate to be at the forefront of the agenda at the UN Climate Conference (COP25) next month.

Pursuing the Paris Agreement pathway to limit warming to well below 2˚C could allow a child born today to see an end to coal use in the UK by their 6th birthday, and the world reach net-zero emissions by their 31st birthday—securing a healthier future for coming generations, the researchers say.

Professor Hilary Graham, a member of the Lancet Countdown and an author of the report from the Department of Health Sciences at the University of York, said: “The Lancet Countdown report on Health and Climate Change makes clear that climate change is taking a heavy toll on people’s health, and the toll is heaviest on those who have contributed least to changing our planet’s climate.

“The report details how children will bear the brunt of these health impacts as they grow up and grow older – and the costs will be even greater for the generations yet to be born.”

The Lancet Countdown on Health and Climate Change is a comprehensive yearly analysis tracking progress across 41 key indicators, demonstrating what action to meet Paris Agreement targets—or business as usual—means for human health.

For the world to meet its climate goals and protect the health of the next generation, the energy landscape will have to change drastically, and soon, the report warns. Nothing short of a 7.4% year-on-year cut in fossil CO2 emissions from 2019 to 2050 will limit global warming to the more ambitious goal of 1.5°C.

Dr Richard Horton, Editor-in-Chief of The Lancet, called on clinical and global health communities to mobilise: “The climate crisis is one of the greatest threats to the health of humanity today, but the world has yet to see a response from governments that matches the unprecedented scale of the challenge facing the next generation.

“With the full force of the Paris Agreement due to be implemented in 2020, we can’t afford this level of disengagement. The clinical, global health and research community needs to come together now and challenge our international leaders to protect the imminent threat to childhood and lifelong health.”

Despite the scale of the challenge, the report offers some reason for cautious optimism—growth in renewables accounted for 45% of total growth in power generation in 2018 (27% from wind and solar power), and low-carbon electricity accounted for a third of total electricity generation worldwide in 2016. In the UK, use of electricity as a fuel for road transport grew by almost a third between 2015 and 2016.

The Lancet Countdown authors call for bold action to turn the tide on the enormous health impact of climate change in four key areas:

3)            Increasing accessible, affordable, efficient public and active transport systems, particularly walking and cycling, such as the creation of cycle lanes and cycle hire or purchase schemes.

The Lancet Countdown on Health and Climate Change is available here .